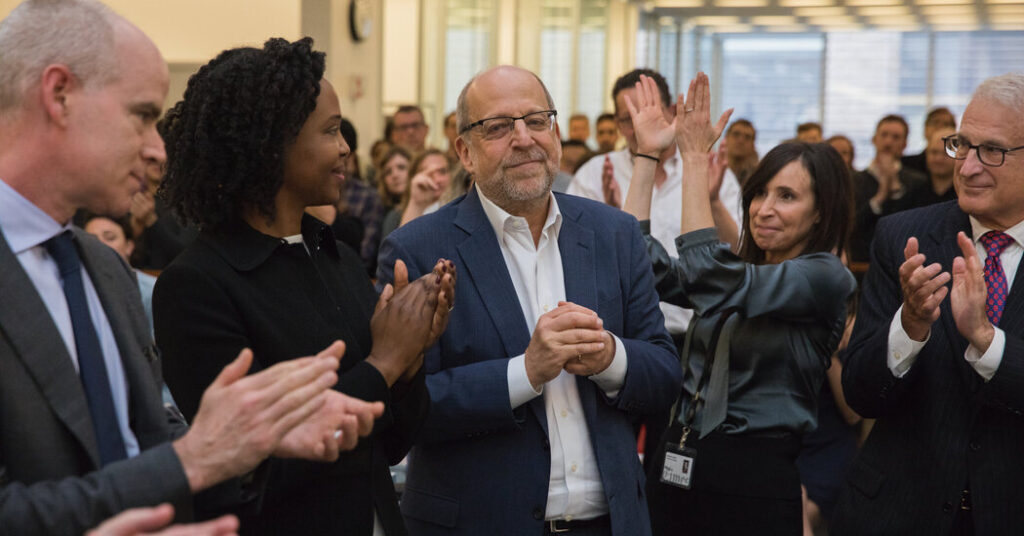 
Matt Purdy, a top New York Times editor who has helped guide much of the paper’s Pulitzer Prize-winning investigative coverage over the past decade, will become an editor at large, The Times announced on Tuesday.

In a note to the newsroom, Joe Kahn, the executive editor, described Mr. Purdy as “a grandmaster of journalism that matters.”

Mr. Purdy was most recently a deputy managing editor, among other things overseeing investigations and enterprise journalism. Mr. Kahn said Mr. Purdy’s new leadership position meant that he would “continue to shape The Times’s most ambitious enterprise and investigative reporting and keep us competitive on important story lines.”

“Matt recently turned 66 and, in line with the company policy on masthead positions, will no longer serve as deputy managing editor,” Mr. Kahn said in the note. “He will focus more on larger projects instead of direct management of several big desks and broad swaths of the daily report.”

In recent years, he has been involved in shepherding The Times’s biggest investigative projects, including those into former President Donald J. Trump’s finances, the casualties of U.S. military airstrikes, and the sexual misconduct of prominent men in Hollywood and other industries. All three won Pulitzer Prizes.

Dean Baquet, who was the executive editor of The Times for eight years until Mr. Kahn took over in June, said Mr. Purdy had helped recruit some of the most important investigative reporters at The Times today.

“He’s meticulous, he has big ambitions for stories, he has big ideas, he wants to make stories as big and powerful as they can be,” Mr. Baquet said. “He’s a decent human being who people like to sit down and talk with about stories. I don’t think The New York Times would be the investigative operation it is without Matt.”

In his new role, Mr. Purdy will help build an oversight structure for investigative reporting that encompasses the newsroom and the magazine as well as visual coverage, the podcast “The Daily,” and film and television efforts.

“In this hectic and challenging news tsunami,” Mr. Purdy said, “my goals are to work with others to expand reporting that reveals untold, important stories and also broaden the creative storytelling that has become distinctive Times journalism.”