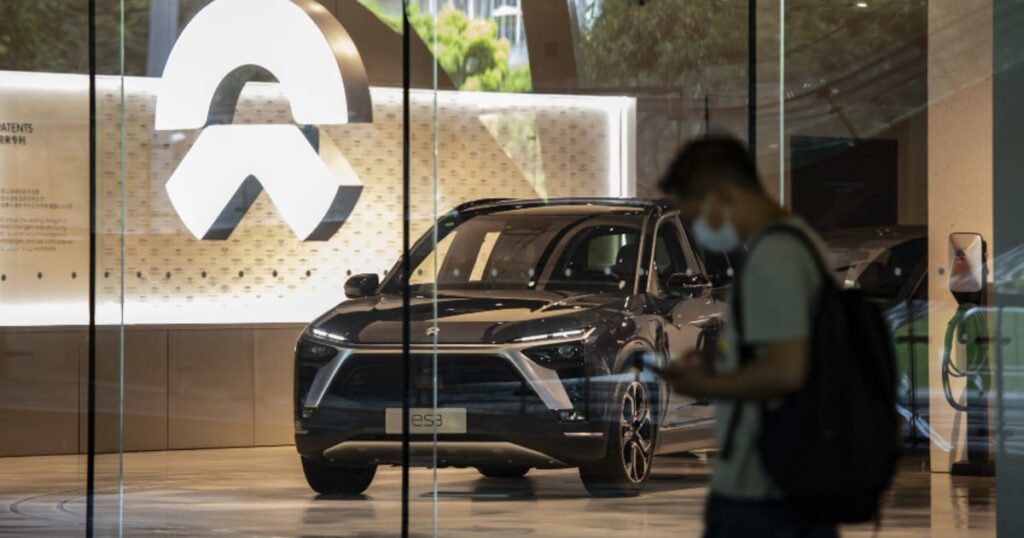 
Chinese electric-car maker Nio has fallen behind on both producing and delivering thousands of vehicles over the past month as COVID-19 restrictions disrupted output at its two factories, according to people familiar with the matter.

Production at the plants in Hefei, Anhui province, have also been impacted by delays in the supply of some components, the people said, asking not to be identified because the details are private.

U.S.-listed Nio tried to operate so-called closed-loop systems at the factories — which require workers to stay on site, allowing production to continue even if a lockdown is in place — but those efforts failed due to a lack of parts, one of the people said.

The disruptions have meant a loss of around 7,000 electric vehicles in production, meaning deliveries have dropped by about 5,000, one of the people said.

Nio on Tuesday reported 10,059 deliveries for October, down 8 percent on September’s numbers. Production at both factories has now partly resumed, the people said.

In-person classes at middle, primary schools and tutoring institutions have been halted and colleges are also subject to closed-loop systems.

Nio’s experience shows how China’s zero-tolerance approach to the pandemic is upending business and the world’s second-largest economy, with factory operations and supply chains impacted. While closed loops enable companies to stay operational during lockdowns, they take a toll on workers, whose movements are severely limited, with some even required to sleep on factory floors.

Shanghai-based Nio has two factories in Anhui province. The first, co-operated with Anhui Jianghuai Automobile Group, can produce as many as 240,000 vehicles a year, while the other, which started mass production earlier this year, is just ramping up to full capacity, making the company’s latest ET5 model sedan.