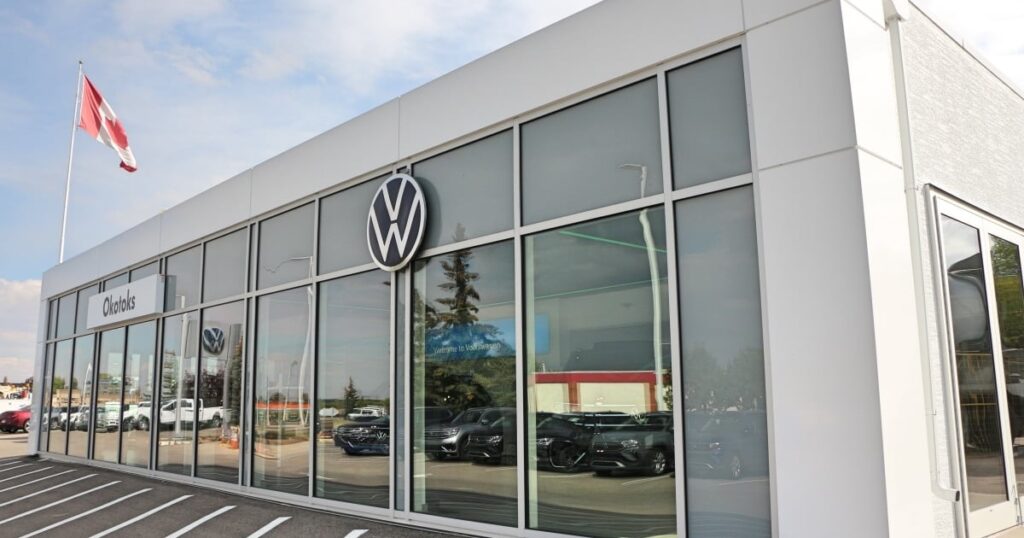 
The ID4 electric crossover will arrive in Canadian showrooms this year, while the ID.Buzz electric microbus is expected to be a 2024 model.

“We saw there was opportunity in Okotoks, so it made sense to go ahead,” Ricciuto said. While customers generally are willing to drive long distances to buy cars, they aren’t willing to drive “that hour” for service, he said.

“It has worked quite well in Okotoks,” which serves a large rural population and a half-dozen small communities.

Volkswagen has a set of requirements for satellite stores, Ricciuto said, but they aren’t as strict as those for a full-size dealership. That makes the financial commitment less daunting.

Without revealing the cost of dealerships of either size, Ricciuto said new guidelines set a satellite store at about 16 per cent smaller than existing dealerships, and expensive enhancements such as skylights are no longer required.

“There are three satellites in the works, one in British Columbia and two in Quebec who have started construction,” he said.

Satellites are “less than 100 kilometres from a hub in order to have the effectiveness,” he said.

Volkswagen currently has 145 franchised dealerships across the country, but large spaces in the Prairies, Atlantic Canada and Vancouver Island can be more efficiently served with the satellites, he said.