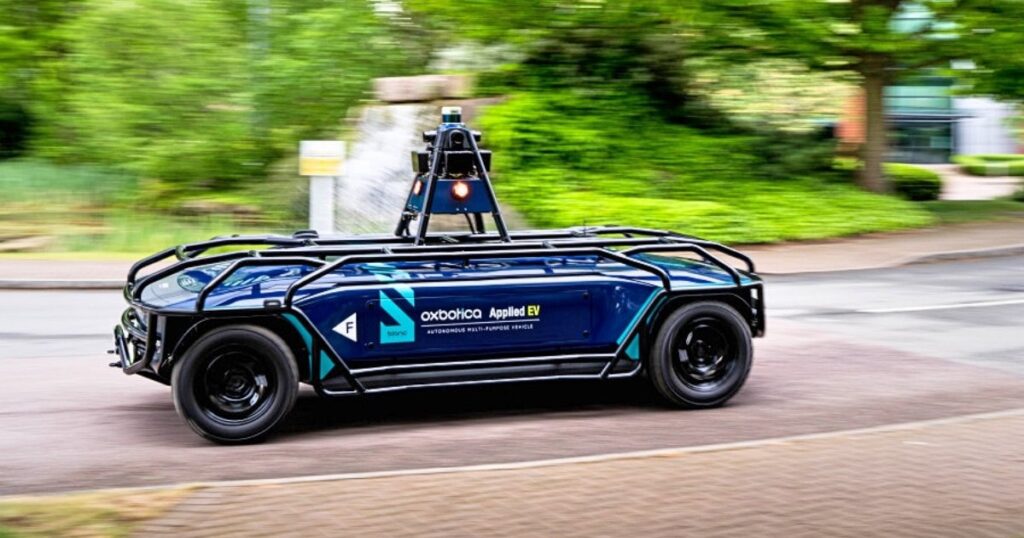 
Toronto is set to play a key role for both the software development and on-road testing sides of Oxbotica’s business. The city will serve as the eight-year-old tech company’s North American hub, complementing its headquarters in Oxfordshire, west of London, England.

Oxbotica Driver, a core piece of the company’s software that integrates sensor and mapping data, along with other vital inputs, is already “living” in Toronto, Jackson said. The company will rely on Canada’s “great base” of software engineers and roboticists to continue advancing the system.

Oxbotica opened its Toronto office in 2019, building it up around Colin McManus, a principal engineer at the head of the company’s platform systems team. The location has 10 staff, but the company plans to increase the headcount to 60 over the next 12 months, hiring employees in engineering, sales and business support.

Longer term, Jackson said Oxbotica anticipates growing to roughly 1,000 staff globally as it scales up, with Canada being home to as many as 200.

Working to be the “Microsoft Windows” or “Google Android” of self-driving vehicles, Jackson said, Oxbotica is focused exclusively on autonomous software. It has lined up partners from the hardware end of the business, many within automotive, such as parts supplier ZF Friedrichshafen, U.K.-based EV upstart Arrival and Sweden’s NEVS.

Fellow Britain-based company Ocado Group, best known globally for its automated grocery-warehouse technology, is also a partner, and one with a Canadian connection. Grocery chain Sobeys relies on Ocado technology for its fulfillment centres, and Jackson said Sobeys’ fleet of Voila home-delivery vehicles will eventually be driven by Oxbotica’s autonomous technology.

PrevPreviousWhy Is This Colorful Little Wheel Suddenly Everywhere in Japan?
NextHow California plans to ban sales of gas-powered cars by 2035Next