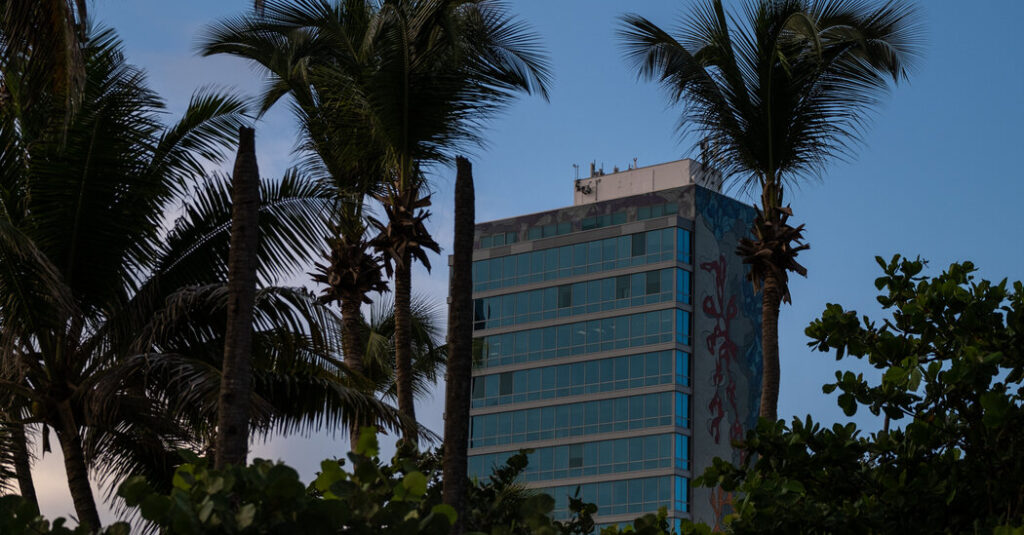 Peter Schiff Has a Deal With Puerto Rico to Liquidate His Euro Pacific Bank, He Says


Peter Schiff, the libertarian economist and money manager who has been battling banking regulators in Puerto Rico, said Tuesday that he had reached a deal to liquidate his troubled bank.

Mr. Schiff, 59, owns Euro Pacific Bank, a boutique online bank based in San Juan. In 2020, Euro Pacific found itself at the center of an international investigation into whether it had done due diligence on its account holders. An international group of tax authorities known as the J5, which included the Internal Revenue Service, investigated whether the bank had served as a vehicle for suspected tax evasion and money laundering.

In late June, bank regulators in Puerto Rico suspended Euro Pacific, citing “serious insolvency” issues. In a settlement reached Tuesday, Mr. Schiff agreed to return $66.7 million in deposits, using several million in gold to cover any cash shortfalls. He has also agreed to pay $300,000 in fines, according to a copy of the settlement.

A spokesman for Puerto Rico’s banking commissioner declined to comment and said the agency would release a statement in the coming days.

The bank had some 8,000 depositors and $140 million in deposits until the investigation, known as Operation Atlantis, was reported by The New York Times in collaboration with news agencies in Australia. Mr. Schiff said the bank had approved fewer than half of applicants and closed more than 5,000 accounts over compliance issues and red flags. He also said the media coverage made it impossible for Euro Pacific to conduct business, as companies like American Express refused to work with the bank. A defamation suit is pending in Australia.

“There was no way those allegations were true, but once those stories broke, the bank’s business imploded,” Mr. Schiff said in an interview.

He insisted that the bank’s compliance against suspected money laundering was so strict that it turned down more accounts than it opened. “We were closing accounts all the time,” he said.

He acknowledged that two years ago the bank was about $4 million short, because it had, he said, inadvertently been using clients’ deposits toward operating expenses. He said he had remedied the problem by pouring $7 million of his own money into the bank.

“I have invested $10 million in this bank,” he said. “I am losing everything.”

But in Mr. Schiff’s mind, the settlement is something of a vindication, because he was not accused of money laundering or any other allegations that swirled around the news of Operation Atlantis.

His lawyer, Lanny Davis, said Mr. Schiff had not been notified that he was either a subject or a target of a federal investigation.

Justin Cole, a spokesman for the I.R.S. criminal investigations division, said that during the investigation, it had become clear that the “most appropriate action” was for Mr. Schiff’s bank to be de-registered.

Mr. Schiff had sought to sell the bank, but the banking regulators in Puerto Rico did not allow a sale.

Mr. Schiff, who worked as an economic adviser to former Representative Ron Paul of Texas and once ran for the U.S. Senate, gained fame for having predicted the 2008 financial collapse, earning him the name “Dr. Doom.”

Mr. Schiff has a well-known aversion to paying taxes and lives in Puerto Rico, where many wealthy Americans benefit from special tax incentives known as Act 60.

“The federal government has never been happy with this Act 60 regime, where, as they see it, tax dodgers leave the U.S. and don’t pay their fair share in the U.S.,” said Miguel A. Soto-Class, president of the Center for a New Economy, a think tank in Puerto Rico. “They have never liked it, and so now bank regulators in Puerto Rico are getting a lot of questions from federal regulators about these foreign banks operating in Puerto Rico.

“They kind of have eyes on the situation here.”