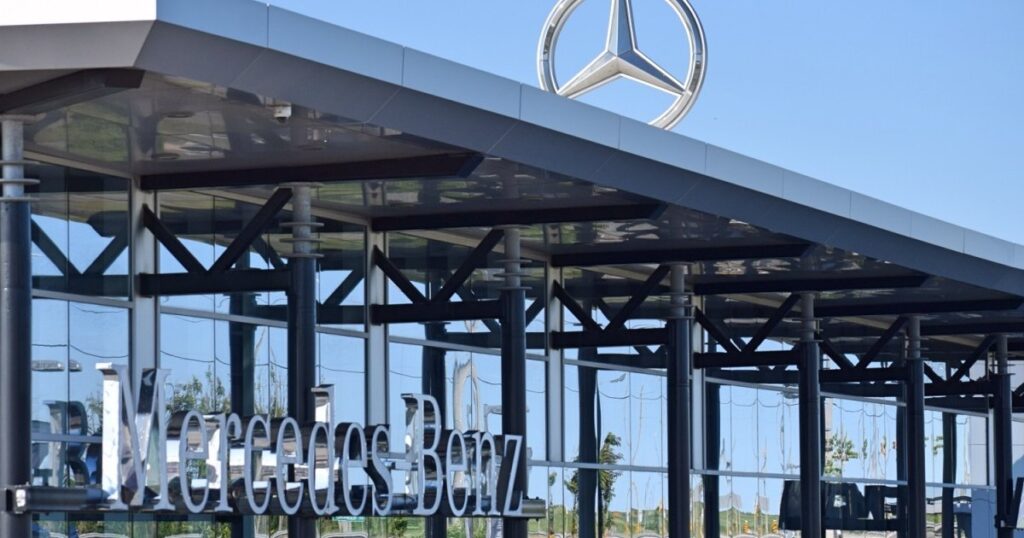 
A pair of lessors of a 2018 Mercedes-Benz Metris hoped to win more than $49 billion from the lender that defaulted them and repossessed their vehicle.

Instead, they left the British Columbia Supreme Court owing Mercedes-Benz Financial Services Canada nearly $70,000 for the breach of the lease, attorney fees and legal expenses.

The bizarre scenario began when Tong “Heintz” Sun, who leased the van with his father for their short-term rental business, used it in an April 2020 vandalism incident where he allegedly “smash(ed) vehicle windows at multiple auto dealerships.” Vancouver police intercepted and arrested him, according to court documents.

Police impounded the damaged Metris and returned it to Mercedes-Benz Financial Services, which terminated the lease for allowing the van to be used in an “injurious and unlawful manner.”

When the lender offered the lessors an opportunity to pay out the lease and recover the vehicle, an “extremely aggressive” Sun warned the financial services employee that he “would be sorry if he did not give the Metris back and pay him for lost income of $50,000,” according to a decision by Justice Simon Coval.

The Suns didn’t pay out the lease, and the lender had the Metris auctioned.

The Suns initially sought about $1 million for breach of the lease, and the lender countersued for the balance owed on the lease.

The Suns then amended their suit to demand more than $49 billion for alleged defamation based on the lender’s negative credit reports to Equifax and Trans Union. Those reports, they asserted, torpedoed Sun’s plan to attend a top-tier MBA program and “become a dollar value billionaire.”

Coval’s decision said there was no evidence supporting the assertion that Sun, who represented himself and his father in the case, was studying law in England at the time of the vandalism incident and said his “explanation that it was another person with his identical name that was driving is beyond belief.”

Coval found M-B Financial Services fully justified in terminating the lease and awarded the lender more than $18,000 for its losses on the lease.

In other court news …

CLASS-ACTION CLAIM OF FALSE FUEL ECONOMY RUNS OUT OF GAS

An Ontario judge has torpedoed a class-action lawsuit accusing Ford Motor Co. of Canada of false or misleading advertising on EnerGuide labels and marketing materials for 2013 and 2014 models.

Belobaba found no violation of federal or provincial consumer protection laws and dismissed the suit, which sought $1.5 billion in damages for 600,000 purchasers and lessees.

Ontario resident Barry Rebuck, who filed the suit, claimed that his leased 2014 Ford Edge got “far worse” than the 24 mpg city/36 mpg highway estimated on the crossover’s EnerGuide label. Rebuck “was not pleased” that he got only 23 mpg when highway driving to Florida, Belobaba wrote.

In his June 15 decision, the judge said Ford’s compliance with government guidelines “cannot fairly or reasonably amount to a breach of federal competition law.” In addition, every Ford statement and representation on the label “was literally true,” he said.

Rebuck acknowledged that fuel consumption could vary widely depending on driving behaviour, weather and road conditions, the judge said. He noted that some drivers achieved the label ratings “with fuel-efficient driving.”

A B.C. judge dismissed a breach-of-contract suit accusing a Duncan dealership of bait-and-switch in a “Mustangs at Cost” sales promotion.

Peter Sterczyk wanted to buy a Mustang as a prize for a “lucky client” of his real estate firm. He planned to acquire it with dealer financing; use it during a yearlong “Win My Ride” campaign; then draw the winner, pay the loan balance and transfer title to the client, the decision said.

Sterczyk argued that he was entitled to a specific vehicle on Island Ford’s website for a maximum $30,000 “on the road.” That vehicle actually was at a different Ford store, however, and its original window sticker shown on Island Ford’s website didn’t list thousands of dollars in options, including a 10-speed automatic transmission, full leather interior and “performance upgrade package” that pushed the suggested price way above his $30,000 ceiling.

After Sterczyk negotiated a purchase offer and paid a deposit, the store refused to provide that car and offered him any of three less fully equipped Mustangs, the decision said. He rejected the proposal.

In a June 26 decision setting aside the contract, MacCarthy said both sides “were mistaken about some underlying and fundamental fact, the subject matter and nature of the Mustang that was the object of negotiations. Sterczyk thought it was a Mustang with the EcoBeast package, while the dealership thought it was a stock Mustang.”

PrevPreviousAspen’s Tangled Summer Saga: The Rich Developer vs. the Local Paper
NextStocks Are Set for Best Stretch of the Year, as Inflation EasesNext