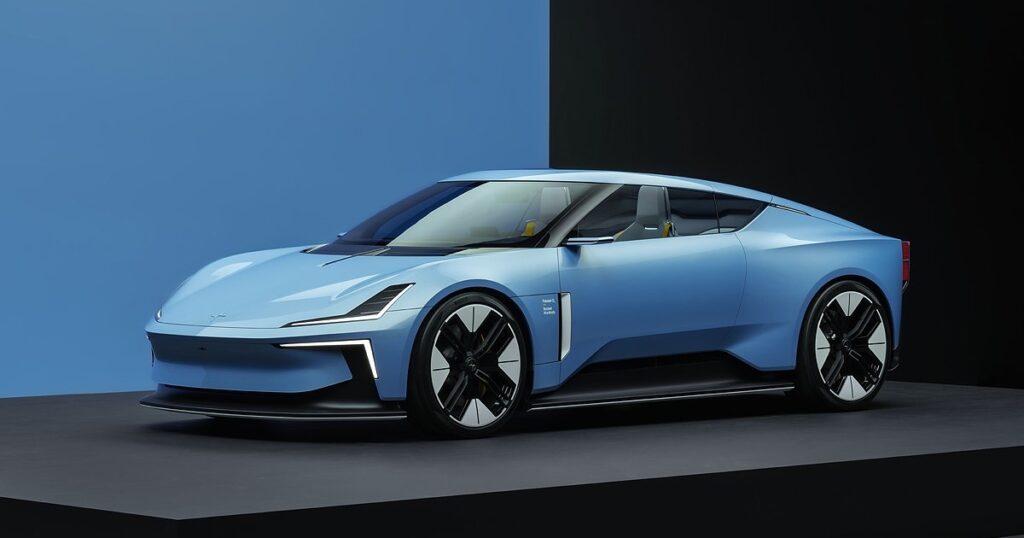 Polestar 6, the brand’s most expensive model yet, emerges rival to Porsche 911


Swedish electric vehicle maker Polestar is expanding its high-performance lineup with plans to bring a Porsche 911 competitor to the U.S. around mid-decade.

The Volvo Cars affiliate said Tuesday it will turn its O2 concept into its next halo car, expected to go on sale in 2026.

The 884-hp roadster, called the Polestar 6, will be the automaker’s most powerful and expensive model and — at least in its thinking today — sell in the range of US$200,000.

As a six-figure electric sports car, the Polestar 6 will not be a high-volume product, but it will “shine a spotlight” onto the Polestar brand, AutoPacific President Ed Kim said.

Polestar will build the hardtop convertible alongside the Polestar 5 luxury sedan in Chongqing, China.

The cars will share Polestar’s new lightweight bonded-aluminum platform and an 800-volt electric architecture. The Polestar 6 will sprint from 0 to 100 km/h in 3.2 seconds and boast a top speed of 250 km/h.

Currently, there are no full-electric premium convertibles in the U.S. or Canadian markets, where the gasoline-powered Chevrolet Corvette and 911 are premium droptop stars. Tesla has marketed its Roadster EV in previous years and is now expected to return to the segment next year, possibly with a removable glass roof.

“Almost every carmaker is delivering EV cars, but no one [is making] an electric convertible,” said Nicholas Long, dealer principal at Polestar Princeton in Lawrence Township, N.J. The Polestar 6 “will catch the eye of the buyer interested in a two-door, high-performance, ultraluxury sports car, but fully electric.”

The convertible joins an expanding Polestar lineup that will include two new crossovers and a four-door GT model.

“With its portfolio of volume products fleshed out, it’s appropriate for the brand to think about brand extension products that can inspire consumers who hadn’t yet considered a Polestar to take notice,” Kim said. “The Polestar 6 roadster stands to be such a product.”

PrevPreviousProsecutors Struggle to Catch Up to a Tidal Wave of Pandemic Fraud
NextWalmart, After Lowering Expectations, Reports Rise in SalesNext