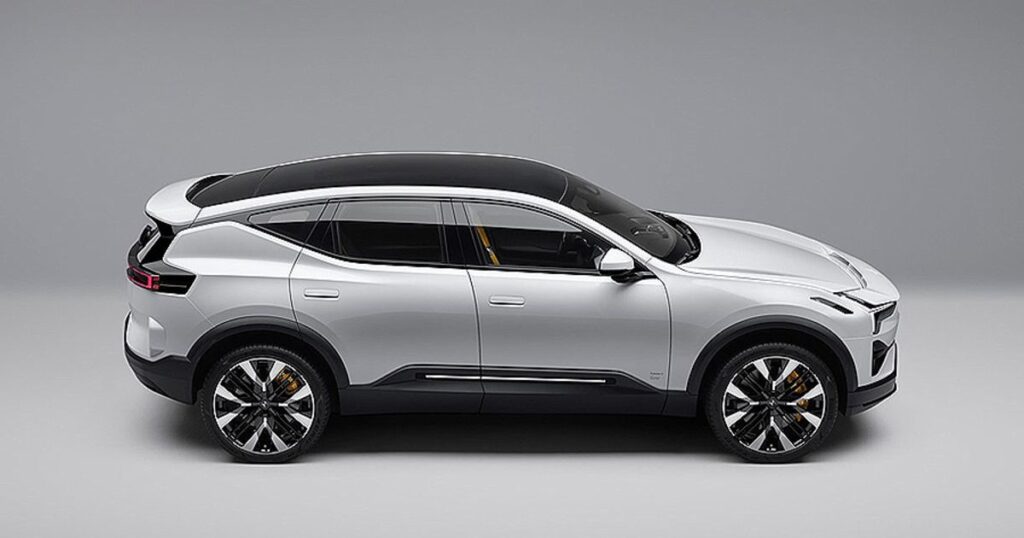 The Volvo affiliate said Tuesday that it expects to receive enough production capacity to produce more than 160,000 of its upcoming Polestar 3 and Polestar 4 vehicles by 2025.

Much of that output will go to the U.S. market, where crossovers and SUVs accounted for more than half of new-vehicle sales last year.

The Polestar 3, a Porsche Cayenne-sized crossover, will go on sale in the U.S. in the first quarter of 2023.

The midsize vehicle features design elements that include a sloping silhouette and headlight and rear light styling that are distinct from other Polestar models.

“With this car, we bring the ‘sport’ back to the SUV, staying true to our performance roots,” Polestar CEO Thomas Ingenlath said this month.

The U.S.-made crossover is designed on a new all-electric platform developed by Volvo for its next-generation vehicles, with dual motors and an expected range of 372 miles, based on the European Worldwide Harmonized Light Vehicles Test Procedure. Once the technology is approved, the new platform will also offer eyes-off, hands-off autonomous-driving capability.

The sporty crossover is expected to go into production in China late next year, according to AutoForecast Solutions.

PrevPreviousMercedes-Benz C-Class, E-Class coupes to be replaced in U.S. by new 2-door CLE
NextCanada, U.S. and partners enter pact to secure critical minerals such as lithiumNext