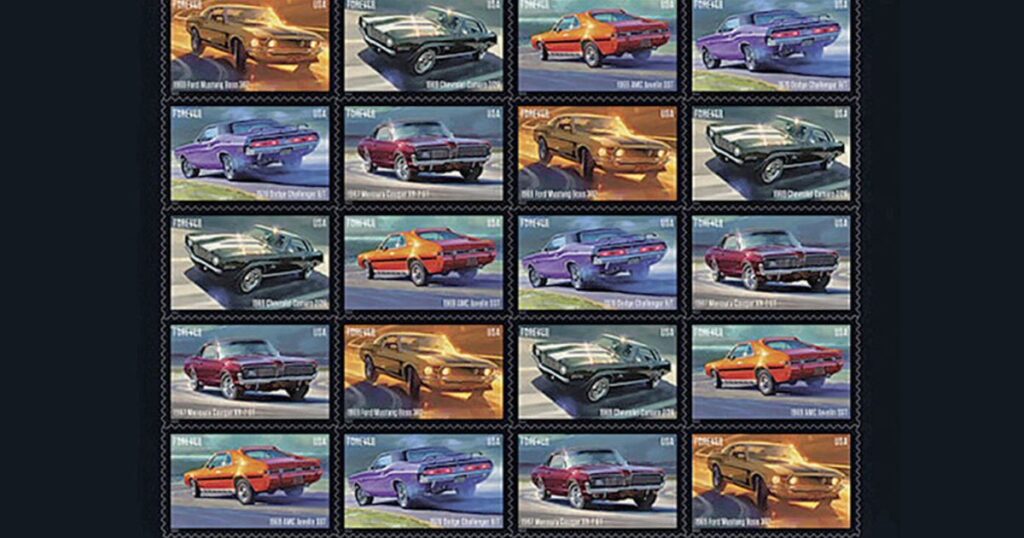 
The U.S. Postal Service is getting some extra horsepower with a new set of stamps honoring five iconic American sports cars.

The stamps, which cost $12 for a panel of 20, were released last week at the Great American Stamp Show.

“My challenge was to create five jewel-like, descriptive portrayals that every person who fell in love with this era can appreciate,” Tom Fritz, the stamps’ artist, said in a statement. “The adventure isn’t just painting the cars’ details but capturing their emotion and power. Cars don’t just ‘sit there.’ They hunker down, they lurch, they shake, they shimmy and skitter. Those are the thrilling moments I look for.”

Forever stamps can always be used to cover the postage required for a 1-ounce letter; an amount that increased from 58 to 60 cents in July.

“My mother had a 1970 Mustang with a 351 cubic inch V-8,” said Postal Service Chief Technology Officer Scott Bombaugh, who officiated a dedication ceremony for the new stamps. “My brother learned to drive in that car, but by the time I was ready to drive, my parents sold the Mustang and had a Pinto wagon. Is it any wonder I have bought two Mustang GTs since then?”