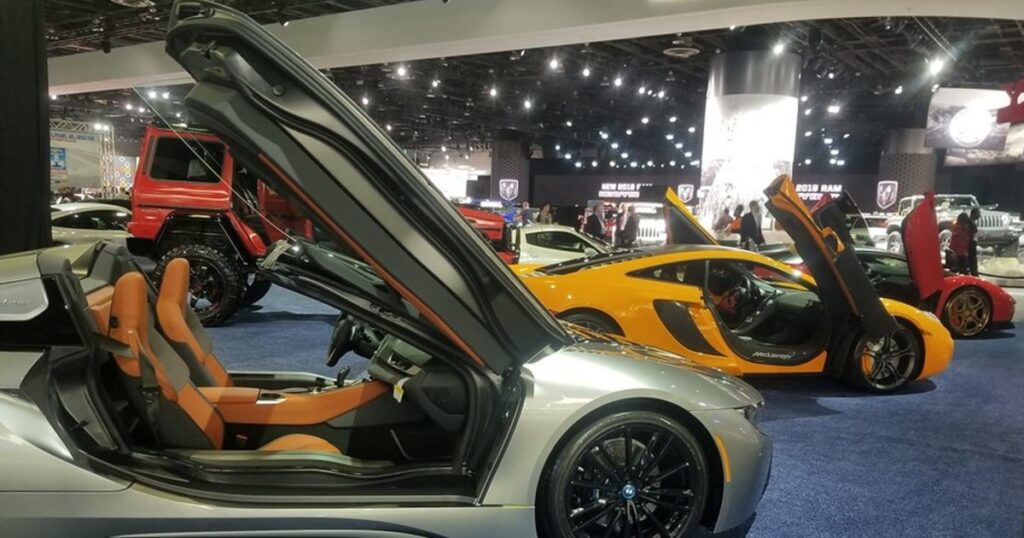 Prepare yourself for a very different Detroit auto show

Around 1,000 union laborers, including electricians, carpenters, iron workers and stagehands work with the logistics team to bring the convention center to life, according to organizers. From move in to move out, the show is about a monthlong event.

For OEM involvement — traditionally the centerpiece of the show — there will be participation from Stellantis NV, Ford Motor Co., General Motors Co., Toyota Motor Corp. and Subaru Corp. Others will have vehicles on display by dealers throughout the region. A total of 35 brands are expected to be represented.

There will be a decidedly heavier emphasis on general consumers and less on industry wonks. Indoor experiences will include Bronco Mountain, Camp Jeep, Ram Truck Territory and rides in Maseratis, Lamborghinis and other luxury cars — as well as Jurassic dinosaur encounters and the Flintmobile.

Ford will unveil its seventh generation (and likely last gas-powered) Mustang at the show and Stellantis will have new vehicle reveals for Jeep and Chrysler. GM also has a news conference scheduled, but details have not been released.

Some major automakers that attended the show in 2019, such as Nissan and Hyundai, are skipping it this year, The Detroit News reported. Despite the tech emphasis, EV startups such as Rivian, which has a strong presence in metro Detroit, are not scheduled to attend the show. Detroit automakers foe Tesla Inc. also is not expected.