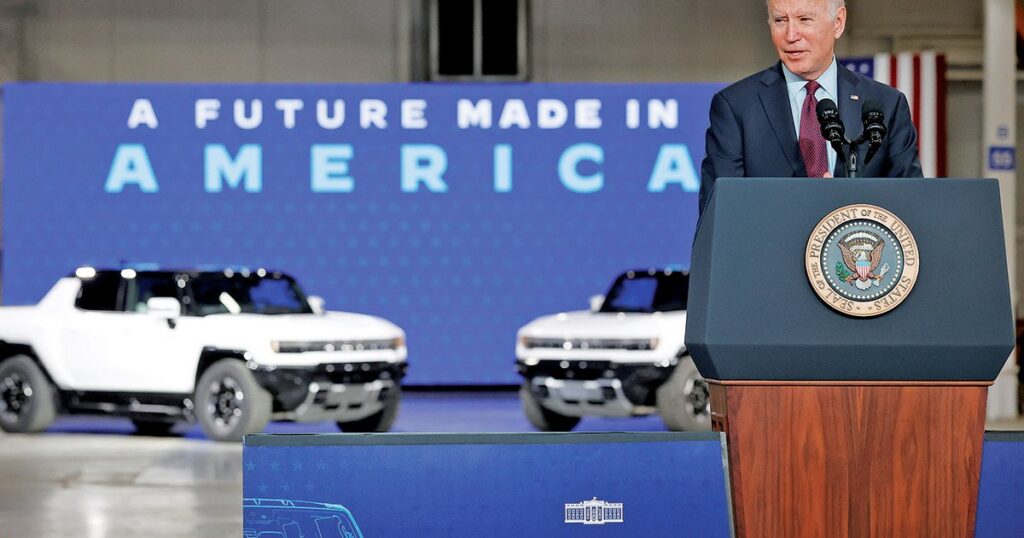 
Biden also wants the U.S. to achieve at least a 50 percent drop in greenhouse gas emissions below 2005 levels by 2030 — an effort that supports his goal of having a carbon pollution-free power sector by 2035 and net-zero emissions by 2050.

Under the Paris climate agreement — which the U.S. rejoined under Biden — countries also are tasked with pursuing actions, such as reducing emissions, to limit the rise of global average temperatures to 1.5 degrees Celsius.

To do so, the U.S. says the global market share of ZEVs also “must reach at least 50 percent of new light-duty vehicle sales by 2030,” according to a White House fact sheet released in June.

The transportation sector is the largest source of carbon emissions in the U.S. But with the ZEV goal and other regulatory actions, the administration said the strategy can greatly slash those emissions and help accelerate the industry’s transformation to electrification.

“Climate and other environmental issues are at the core of trying to accelerate the deployment of EVs, and reducing emissions is certainly a pillar of the president’s policy,” Nigro said. “As equally strong a pillar, at this point, is economic opportunity of the U.S. regaining that leadership position in the deployment and the manufacturing and designing of these vehicles.”

Still, other countries — most notably, China — are ahead of the U.S. in promoting EV deployment and infrastructure as well as the sourcing of key minerals for lithium ion batteries.

The $1 trillion infrastructure law signed by the president in November includes $7.5 billion to help build 500,000 EV charging stations across the U.S. by 2030 and $65 billion for upgrades to the nation’s electric grid.

That pales in comparison to Biden’s initial framework unveiled last March, which called for $174 billion to boost EVs, including a reported $100 billion in consumer rebates and $15 billion to build the nation’s charging network.