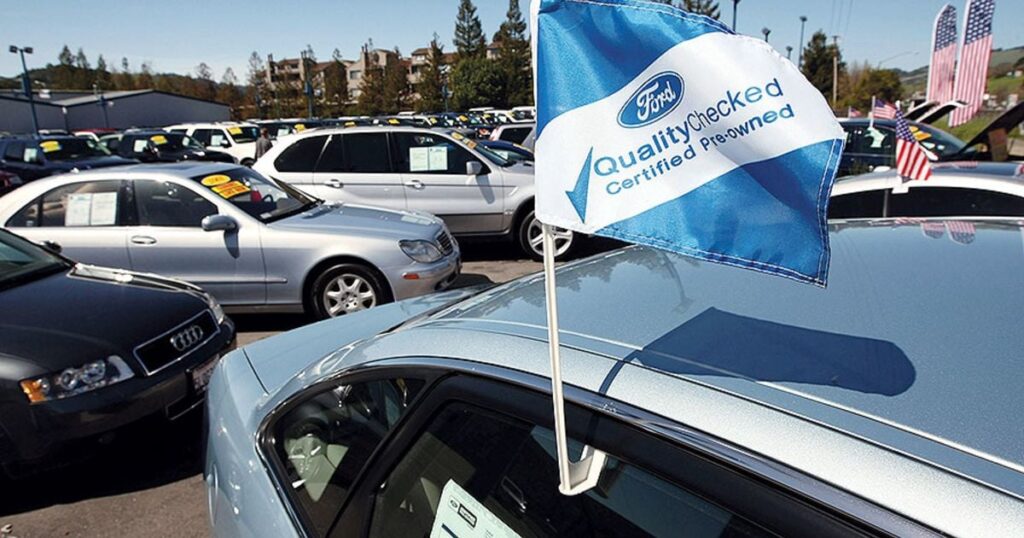 
Used-vehicle gross profit per vehicle for the six major public groups in the third quarter ranged from $1,588 to $2,478.

Penske’s per-vehicle gross profit on the used side across its U.S. and U.K. operations plunged 27 percent to $2,004, and the company’s retail used-vehicle volume dropped 7 percent.

Penske did not disclose whether its CarShop division, which now has 21 locations across the United States and United Kingdom, was profitable in the quarter. CarShop’s sales volume declined 5 percent.

The market trends mean Penske is holding off on opening two CarShop locations in the U.K. that are almost completed. “We’ve kind of tapped the brakes on those at the moment to see what happens here over the next few months,” Roger Penske said. Penske spokesman Anthony Pordon noted one new CarShop location in the U.S. also is nearly completed, but he did not specify where.

Despite the pause, the retailer still intends to make the most of the used-only business.

“We have certainly not given up on the used-car business,” Roger Penske said. “We’ll do 80,000 [vehicle sales] at CarShop” this year.

Sonic also indicated it planned no new store openings for its used-only EchoPark business for the short term after opening two locations during the third quarter.

“We’re not going to open any stores for the remainder of the fourth quarter [of 2022], first quarter, second quarter [of 2023],” Sonic President Jeff Dyke said Oct. 27.

Average gross profit per used vehicle at Sonic’s franchised dealerships fell 11 percent to $1,704 in the third quarter. Used-vehicle sales were up, albeit slightly, just 1.4 percent. Sales at EchoPark, however, dropped 27 percent to15,422 vehicles.

Sonic executives also continue to plan for a robust used-only business, noting that the brand has reached half the U.S. population and saying they remain confident EchoPark can reach 90 percent population coverage by the end of 2025.

AutoNation in the third quarter opened its 12th stand alone used-vehicle AutoNation USA store, in Kennesaw, Ga., near Atlanta. The company said it has two dozen stores in development and it confirmed a long-term goal to have more than 130 AutoNation USA stores by the end of 2026.

AutoNation CEO Mike Manley noted that the retailer is seeing some delays in its AutoNation USA schedule “as a result of a challenging construction market.”

Average gross profit per used vehicle at AutoNation tumbled 11 percent to $1,870 during the third quarter. The company retailed 75,355 used vehicles, down 2.8 percent.