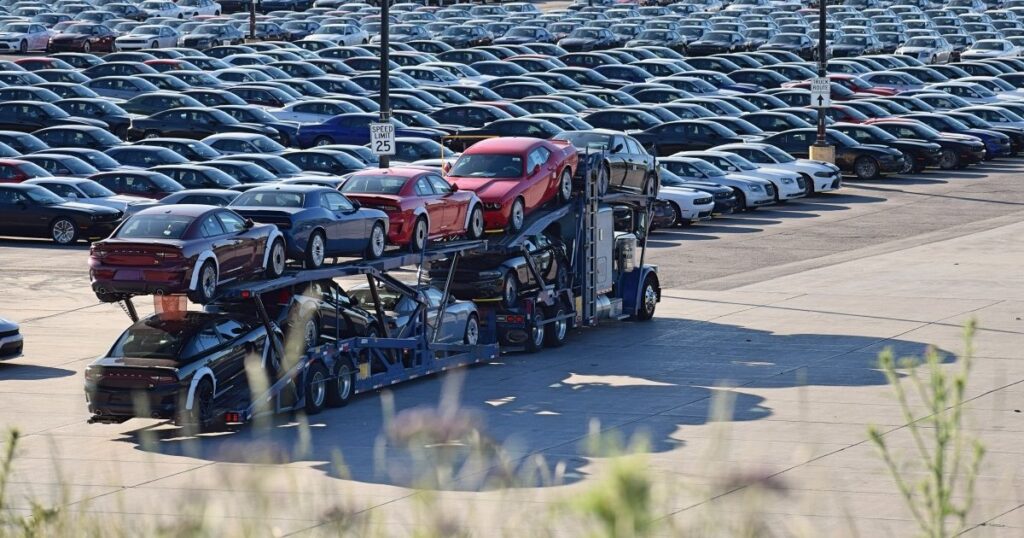 Q2 sales fall 10% but some automakers begin to rebound


New-vehicle sales plunged an estimated 10.2 per cent during the second quarter, but it wasn’t bad news across the board for automakers as a handful managed gains.

Automakers that have reported their figures sold 396,274 vehicles April through June, down 44,924 during the same three-month period a year ago.

One analyst called the numbers “disappointing, but not entirely surprising.”

“Even before Russia’s unprovoked invasion of Ukraine, we had been anticipating a slow, multi-year recovery in auto production [and inventory] that would constrain sales over the course of this year and into next,” Scotiabank Vice-president, Head of Inclusion and Resilience Economics Rebekah Young wrote in an email to Automotive News Canada. “With inventory levels still low at dealerships across the country, product is still impacting sales activity.”

Young cautioned that bumps — some of them relatively new — remain on the road ahead.

“Recent economic developments, including sky-high inflation, rapidly rising interest rates [with even more to come], and vehicle purchase and operating costs still ticking up, are adding headwinds to our auto sales outlook,” she said. “So, we are likely to see less accumulation of pent-up demand as we look out into 2023 and beyond.”

“We think this is still a reasonable assumption,” Young said.

On a monthly basis, sales were down 11.5 per cent in June alone compared with a year earlier as supply challenges persist, DesRosiers Automotive Consultants said. However, monthly sales are an estimate now that so many automakers have turned to quarterly reporting.

HOW SOME AUTOMAKERS FARED

FCA Canada, a division of Stellantis, reported total second-quarter sales of 47,184 vehicles, an increase of 16.6 per cent versus the same period last year. Its retail sales, which exclude fleet sales, were up 18 per cent compared with the same quarter in 2021, the automaker said.

Through the end of June 2022, FCA Canada sales were up 3.7 per cent with 89,771 vehicles sold, versus the same six-month period last year.

“I’m proud of the work our team is doing every day to counteract supply chain and shipping headwinds in order to deliver vehicles to our customers nationwide,” FCA Canada CEO David Buckinghanm said in a statement, without elaborating on how the automaker is handling the challenges. “Demand continues to be very strong for our vehicles, as evidenced in the second quarter by sales increases for the Chrysler, Jeep, Ram and Alfa Romeo brands.”

FCA Canada sales were led by the Jeep brand. Its second-quarter sales of 18,374 represented a 28.6-per-cent increase over 2021. Jeep Grand Cherokee and Jeep Wrangler saw record retail sales in the quarter, alongside record Jeep Gladiator total sales of 1,708 units sold.

Ford Canada’s total sales were up 9.5 per cent in the second quarter to 72,093. The automaker also made the first deliveries of the all-new, all-electric F-150 Lightning to Canadian customers in June.

“The F-150 Lightning is the most important vehicle launch for Ford Motor Co. since the Model T, and I am beyond excited to see the first Canadian customers driving their very own all-electric Ford pickup,” Ford Canada CEO Bev Goodman said in a statement.

On the premium vehicle side, Lincoln posted a sales increase for the third consecutive quarter, up 8.6 per cent to 2,387.