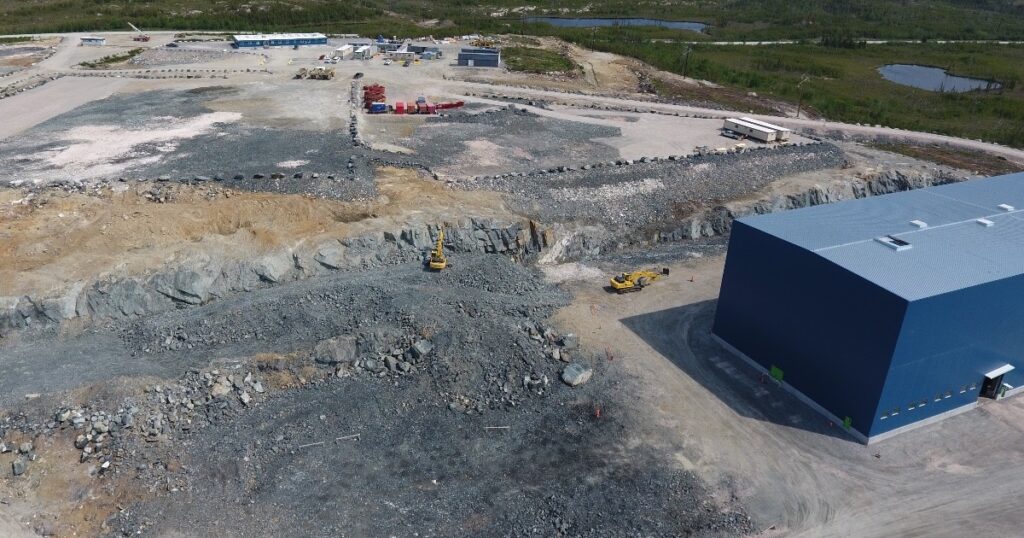 The homegrown Quebec miner was once on track to become Canada’s first large-scale producer of lithium hydroxide through its Whabouchi mine, located about 700 kilometres northwest of Montreal. Yet partway through the $1.1 billion build-out of the mine and related processing plant in Shawinigan, Que., cost overruns, a sharp decline in lithium prices and a lack of new financing derailed the project.

Provincially owned investment firm Investissement Québec and private mining investor Pallinghurst Group stepped in to purchase Nemaska in 2020. Chemical company Livent has since bought out Pallinghurst’s stake, and together with the Quebec government begun steering the Nemaska project back toward production.

The $80 million in provincial funding aims to restart construction on the mine in the Eeyou Istchee Baie-James region, as well as kick-start work on a new processing plant.

Quebec Minister of Economy and Innovation Pierre Fitzgibbon announced the funding in Montreal June 30, calling the project an important “pillar” of the province’s battery industry.

Since the Nemaska project stalled in early 2019, Quebec has attracted several major battery supply chain investors, including Germany’s BASF, Posco Chemical and General Motors. The three firms are setting up a pair of processing plants — both in Bécancour midway between Montreal and Quebec City — that will produce a key input for lithium-ion batteries.

In June 2021, Nemaska said it has secured a site in Bécancour for a plant that would process lithium salt produced at the Whabouchi mine into battery-grade lithium hydroxide. The company said the location on the south shore of the St. Lawrence River offers several advantages over the plant originally planned for Shawinigan.

While the provincial funding will clear the way for construction by supporting studies and prep work, the mine and processing plant remain contingent on financing. The Quebec government said Nemaska expects to raise the capital for the project, valued at $1.5 billion, early next year. The lithium mine and processing plant could come online as early as 2025, the province said.

With other Canadian lithium projects facing similar hurdles to Nemaska’s, the country is still awaiting large-scale production of the key battery material, according to Natural Resources Canada. As of last year, nearly two  dozen lithium mining projects were being advanced across five provinces.