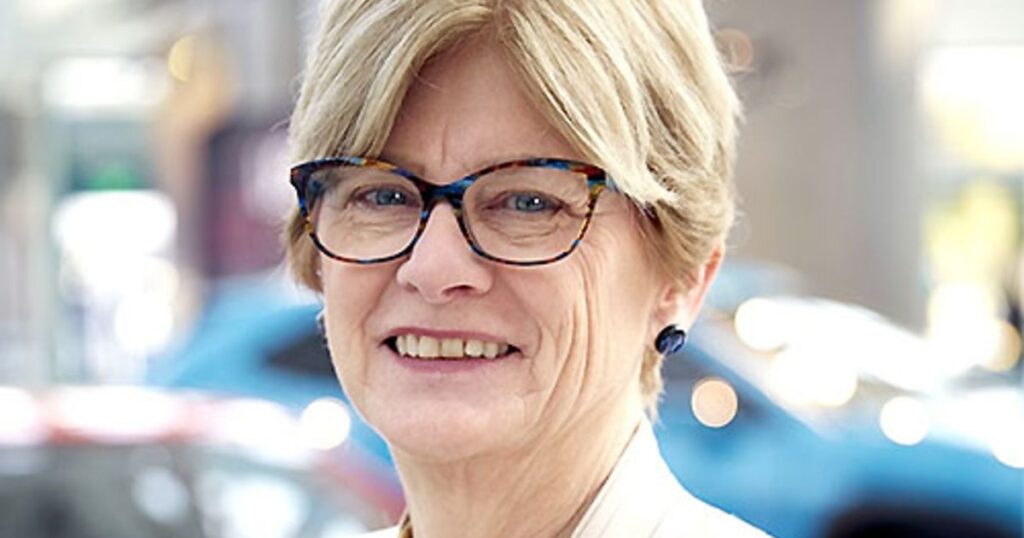 
However, Automotive News did, as then-editor Bob Lienert hired several of us.

It was a tumultuous period for Detroit automakers, particularly GM. Roger Smith had become chairman and CEO. He vowed to transform GM into a mobility company of the future. Sounds familiar.

To that end, GM underwent a massively painful reorganization.

It purchased interests in a variety of businesses, from startups that specialized in technologies such as artificial intelligence to massive acquisitions like that of Electronic Data Systems — headed by Ross Perot — and Hughes Aircraft Co. Not all turned out well, and they proved to be a distraction from the business of vehicle-making. GM’s market share plummeted throughout the decade.

Maryann was among the first to warn that could happen. She saw the Japanese automakers’ threat to the Detroit 3 before they would acknowledge it. She was an all-round expert on the industry, but she knew GM best. Her accumulated knowledge led to the prizewinning book Rude Awakening: The Rise, Fall and Struggle for Recovery of General Motors, published in 1989.

Like other journalists, I turned to Maryann for background, insight and quotes. As every reporter who dealt with her attested when I posted of her passing, she was always accessible and quick to respond. She explained things in easy-to-understand language but also delivered a juicy sound bite. She was generous with her time and patient with those of us new to the industry, perhaps because she, too, was a newbie once.

I remember distinctly how Maryann listened, observed and talked. She communicated with and watched everyone, from the guy on the line — perhaps because her father was a factory worker — to the men in the C-suites across the globe. She listened more than she spoke.

Ask her a question, and often there would be a long — sometimes uncomfortably long — silence as she thought deliberately about how to respond. She would pause to ponder, and you would fidget, wondering if you should jump in with another question. It was best to wait because what she had to say was always smart, analytical and often, as a journalist posted, “a different take from the rest of the pack.”

She did not accept the company line but made up her own mind. She had the uncanny ability to see farther down the road than others.

Automakers did not always like her take. She often was harshly critical. Still, they listened, and they respected her. As one person commented, echoing a long-ago Los Angeles Times headline, she speaks, and the industry listens.

She earned the title of Wall Street all-star analyst for a dozen years and routinely ranked No. 1 on Institutional Investor’s list of the best.

Maryann nudged me to consider becoming an auto analyst in the ’80s. There’s no way I could be like her, I thought. Eventually I made the switch via an unplanned route, but I will never hold a candle to her.

She was a trailblazer. Her encouragement and vote of confidence stayed with me. I learned much from her — about the industry, about how to do the job, about reinventing yourself and taking the circuitous path as she had done.

I am only sorry that I never got to tell her how much of a role model she turned out to be. Peaceful travels, Maryann.