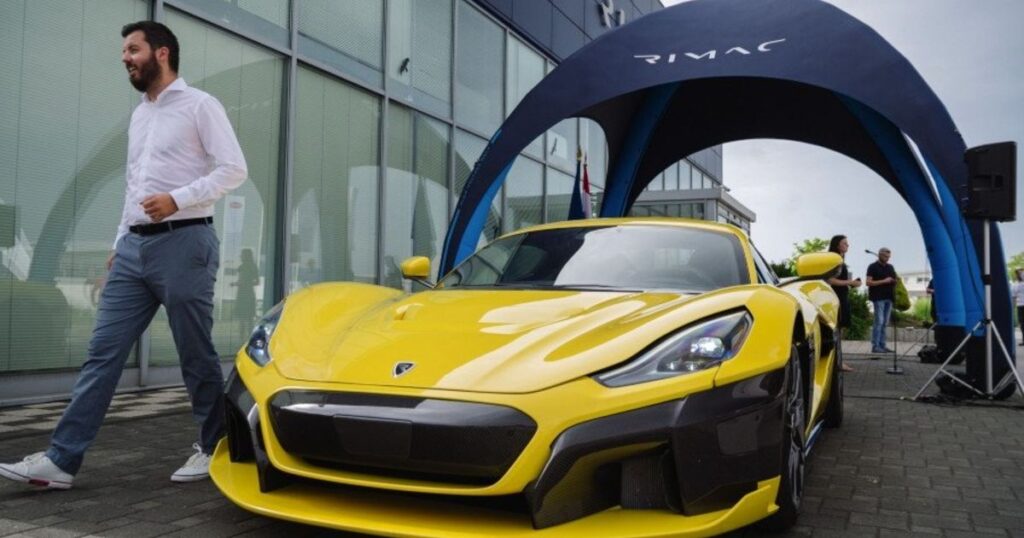 The Croatia-based group oversees the manufacture of such multimillion-dollar supercars as the Bugatti Chiron and Bugatti Bolide, plus upcoming vehicles that bear the Rimac brand name, like the $2.4 million Rimac Nevera electric hypercar. The Nevera will see its first customer deliveries in “the next few weeks,” Mate Rimac said.

It’s also working on unspecified projects for automakers such as Aston Martin, Koenigsegg, and Porsche.

Mate Rimac said he plans to use the additional funding to hire 700 more workers and by next year complete construction on a campus and factory that can house 2,500 people—the largest such complex in Croatia, according to Rimac.

It was unclear how large the campus is, with some Rimac documents claiming 25 acres and others claiming 50 acres. The space will go toward building Rimac-branded supercars, Bugatti supercars, and other high-end vehicles the company declined to name.

“Most of the capital will actually be used for scaling up to meet the demand for batteries and powertrains and the other systems to help the car industry go electric,” Mate Rimac said.

Rimac Technology will produce tens of thousands of components annually, with products ranging from hybrid and full-electric battery systems to full rolling chassis, he said.

Such vehicles, technology, and components could go to existing clients that have said they will sell hybrid and electric vehicles such as the Koenigsegg Gemera, Aston Martin Valkyrie, and Porsche 718.

PrevPreviousFire at Rivian plant in Illinois under investigation
NextFederal luxury tax to cost more than $500M in sales over five years, warns PBONext