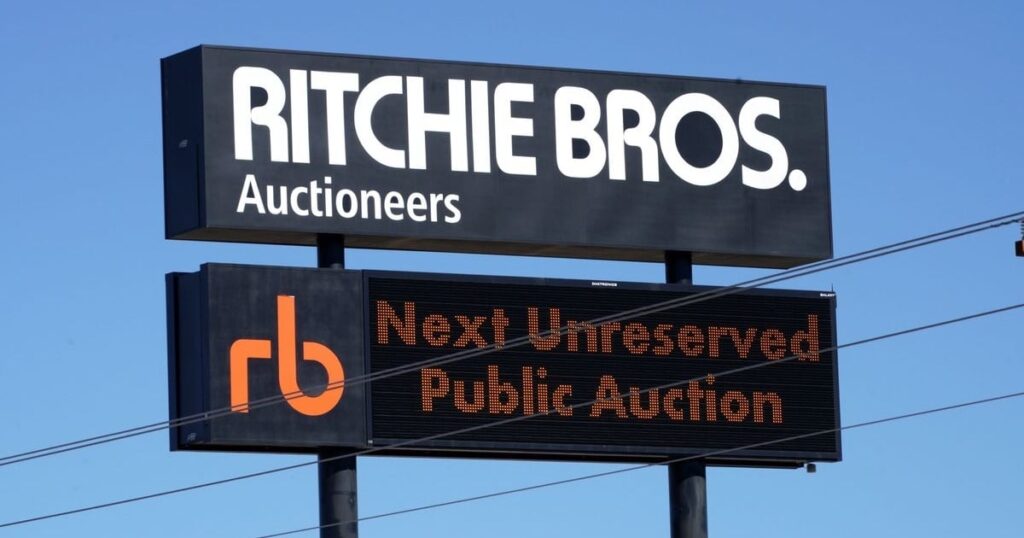 
VANCOUVER — Ritchie Bros. Auctioneers Inc. says it has signed a deal to acquire U.S. company IAA Inc. in a transaction valued at about US$7.3 billion including the assumption of US$1.0 billion of net debt.

“Their highly complementary business in an adjacent vertical will allow us to unlock additional growth,” said Ritchie Bros. chief executive Ann Fandozzi, who will be CEO of the combined company.

“Through our trusted brands, similar operating model, and complementary services, we expect to drive efficiencies and create a more resilient business.”

Under the terms of the agreement, IAA shareholders will receive US$10 in cash and 0.5804 of a Ritchie Bros. common share for each share of IAA they own.

The purchase price, valued at US$46.88 per share, represents a premium of about 19 per cent to IAA’s closing share price on Friday.

The deal will see IAA CEO and president John Kett and three other current members of the IAA board join the Ritchie Bros. board once the transaction is complete, while Ritchie Bros. chairman Erik Olsson will remain chairman.

IAA has nearly 4,500 employees and more than 210 facilities in the U.S., Canada and the United Kingdom.

The deal is expected to close in the first half of next year, subject to approval by the shareholders of both companies as well as regulatory approvals and other customary closing conditions.