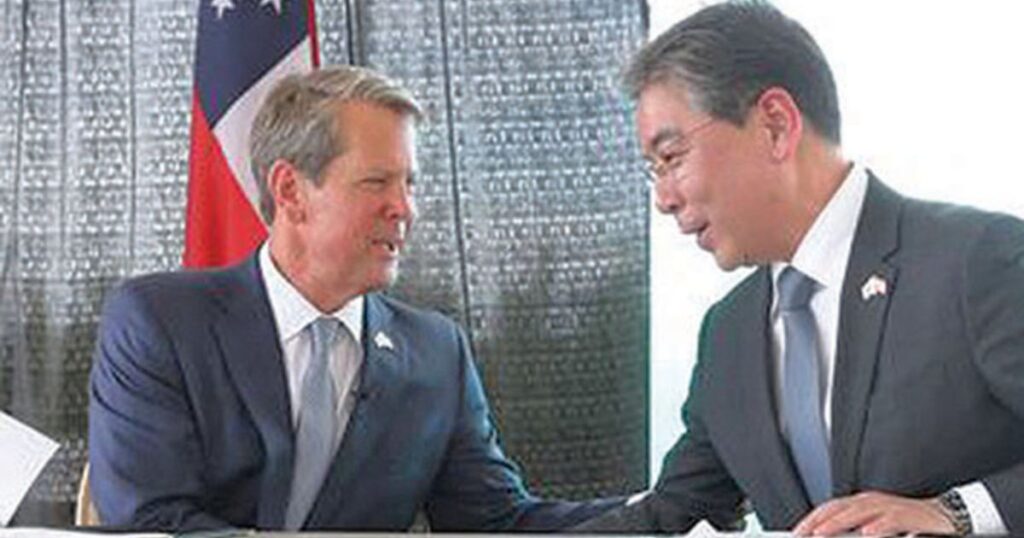 
In just the past six months, Georgia has scored twin wins that will deliver more than $10 billion in auto industry investment and more than 15,000 assembly jobs.

In late December, California-based EV upstart Rivian announced a $5 billion factory outside Atlanta. That project brings 7,500 jobs and the renown of landing a promising auto startup.

At the time, Georgia Gov. Brian Kemp crowed that Rivian’s investment, lured with $1.5 billion in state and local incentives, was the largest economic development project in the state’s history.

But on a hot afternoon in mid-May, Kemp was back to announce a new claimant to that title: South Korea’s Hyundai Motor Group said it will locate its first dedicated EV factory in the world about 30 miles northwest of Savannah, Ga. The $5.54 billion project will deliver 8,100 production jobs and an additional $1 billion investment by suppliers.

“After today,” Kemp said at an event announcing the Hyundai deal in May, “no one can doubt that Georgia is … the unrivaled leader in the nation’s emerging electric mobility industry.”

“We have spent the lion’s share of our time and effort in that industry because that’s where the action is,” Brantley told Automotive News last week. “We’ve been very intentional about it.”

That has meant laying the groundwork needed to attract a new level of auto manufacturing.

“It shows Georgia is willing to invest in building up the work force and ecosystem necessary to support assembly plants,” said Brantley, who previously was COO at the Georgia Department of Economic Development.

Georgia has worked on assembling and preparing ready-to-build industrial properties to help automaker prospects get their factories off the ground faster.