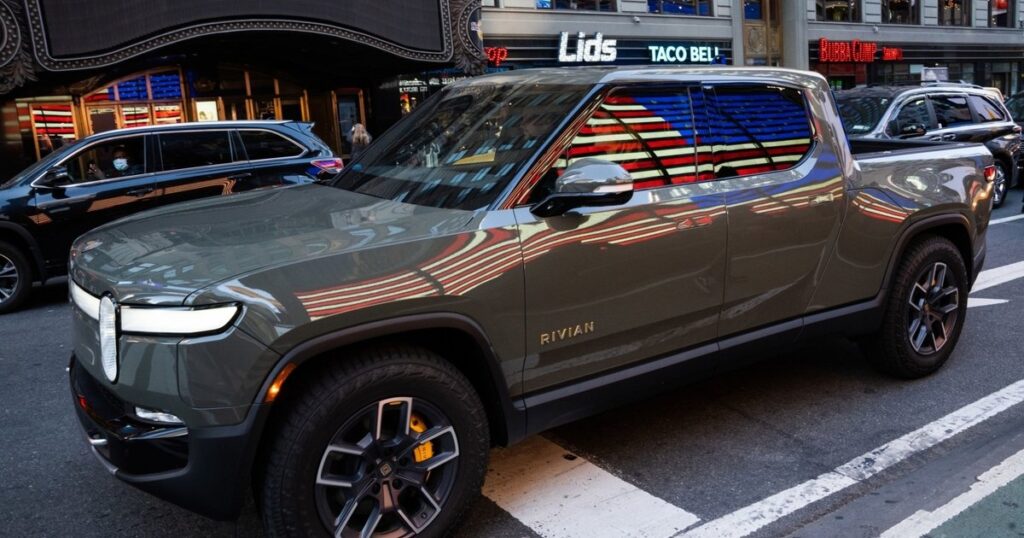 
Rivian said Friday that it’s recalling roughly 13,000 of the 14,000 electric trucks and SUVs made at its assembly plant in Normal, Ill., because of concerns that a bolt in steering assemblies wasn’t sufficiently tightened.

No accidents were reported, and the fix appears to be simple and straightforward. However, the recall comes just as the company was starting to rev up assembly after falling short of early production targets.

“This is a black eye for Rivian as the company is just now starting hit its stride,” Dan Ives, an analyst at Wedbush Securities, said in a note to investors today. “The last thing any Rivian investor wants to see in a shaky market is a broad recall that hurts the brand and gives some lingering credibility issues to production going forward.”

“While auto stalwarts have recalls often, Rivian is under a bright spotlight for the Street and in major ‘prove me’ mode for RJ (Scaringe) and team,” Ives wrote in his note, deeming “this latest news a slight step back the company must overcome.”

“It’s a speed bump in the Rivian growth story in our opinion,” he continued. “However, another recall or stumble from a production perspective would be a Street worry if another shoe drops.”

There were more 2,000 vehicle recalls in the U.S. between 2009 and 2018, according to a study by researchers at Indiana University.

“Recalls are common for sure, but it’s not very common for all cars made to be recalled,” says George Ball, an associate professor at IU’s Kelley School of Business and one of the authors of the study. “I think this captures the electric vehicle transformation challenge. Established manufacturers struggle with the new technologies of electric vehicles while new manufactures struggle with the new technology, to some extent, but also with the basics of making cars.”

Ball notes that GM recalled all of its Bolt electric vehicles, or more than 100,000 cars, because of fire risk from batteries.

“At this stage of the firm’s life cycle, a recall that touches every car made, such as this Rivian recall, is unsurprising but unfortunate,” Ball says. “Rivian needs to ensure not only that they can make electric vehicles but that they can also make any sort of vehicle to ensure safety on the road.”