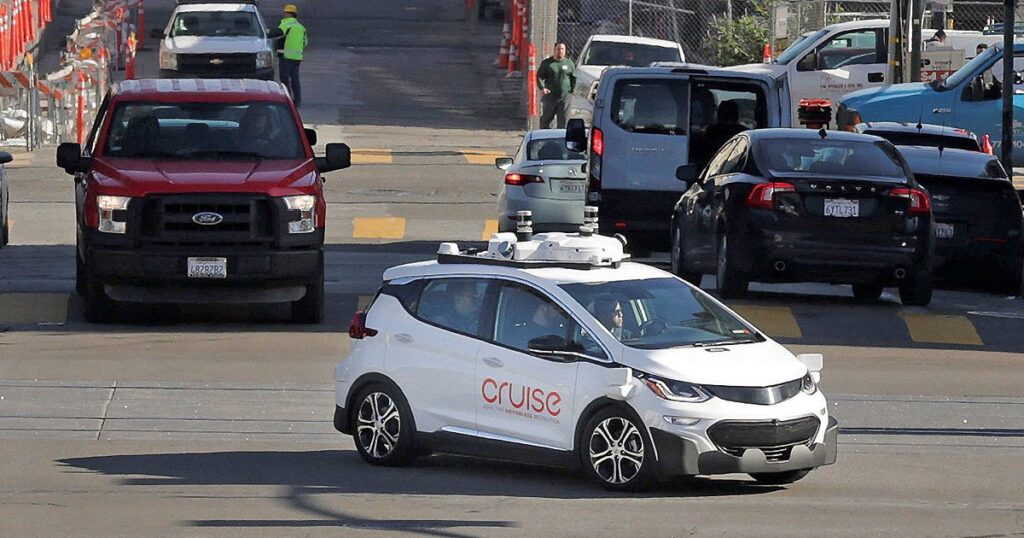 
Even for city officials, information on incidents or collisions can be difficult to obtain. On June 28, Cruise vehicles clustered at a busy intersection in San Francisco and they blocked traffic for hours until humans removed them. Tumlin said he learned of that incident from 911 calls, the city’s Department of Emergency Management and media reports.

“Those vehicles blocked traffic on one of our most important arterials, and it wasn’t until sometime later we realized this was a systemic problem across much of the city,” Tumlin said. An alleged Cruise whistleblower told regulators such clusters occur with regularity.

In April, a city police officer pulled over a Cruise vehicle for traveling without headlights at night. The vehicle then repositioned itself, pulling away from the officer, before the traffic stop was complete.

Later that month, a Cruise vehicle blocked the path of a San Francisco Fire Department truck en route to a blaze that resulted in injuries and property damage.

Tumlin worries that incident is not an isolated one but rather a component of an ongoing problem.

“The fire department and emergency response will tell you that seconds matter in getting trucks and ambulances to the scene of an emergency, and we’re seeing a steady degradation in response times,” he said.

Because Tumlin cannot get data from companies operating in his jurisdiction, he cannot pinpoint a precise reason for those slower response times. It might be overall ride-hailing services, an influx of autonomous vehicles or a rise in delivery services. The result is the same.

“But we know it’s happening,” he said, “and we can observe a dramatic increase in all kinds of pickup and drop-off activity in the traffic lane.”

In some respects, the arrival of AVs into cities is reminiscent of how ride-hailing companies commenced operations more than a decade ago, often operating without regulatory approval. But it’s different in other key ways, including the absence of headstrong entrepreneurs like Uber co-founder Travis Kalanick.

“There are no Travis Kalanicks in the autonomous-vehicle industry, and we’re grateful for that,” Tumlin said. “We do believe the AV companies are trying to work in good faith, and we are eager to build a stronger trust relationship so we can partner, and cities can help the technology advance and markets thrive.”