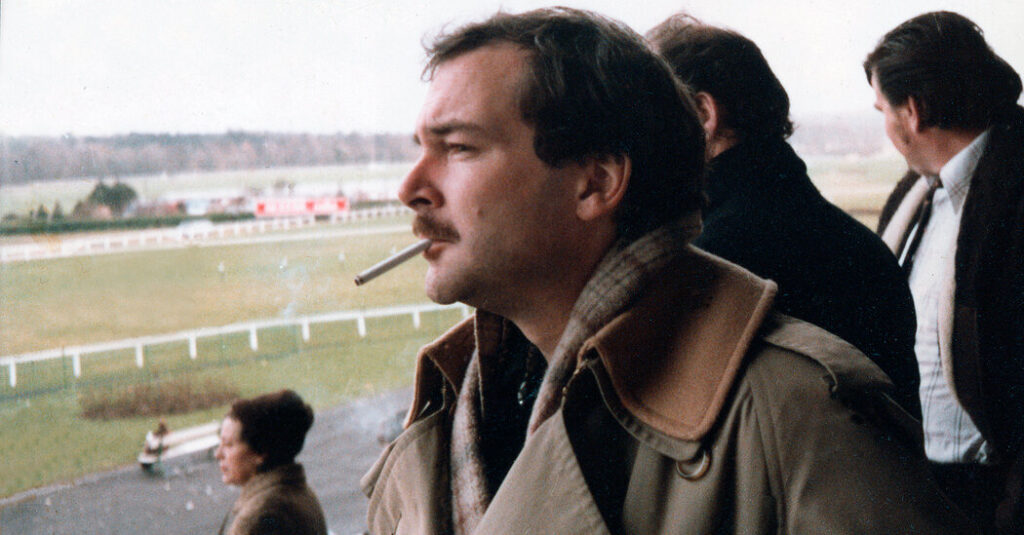 
Sean Kelly, a wry master of literary and musical parodies who helped infuse National Lampoon with the sharp-edged and often crude humor it became known for, died on July 11 in Manhattan. He was 81.

His wife, Patricia Todd, said the cause of his death, in a hospital, was heart and renal failure.

Mr. Kelly began writing for the Lampoon soon after it started in 1970, as it was developing a reputation for unrestrained irreverence toward politics, sex and popular culture, advancing humor for baby boomers beyond the boundaries set by Mad magazine. He later became an editor and, in 1975, was named editor in chief.

“The first five years at the Lampoon, nobody ever told anybody else, ‘No, that’s not funny’ or ‘That’s going too far,’” Mr. Kelly said in an interview at the Strand Bookstore in New York in 2013 with Ellin Stein, author of “That’s Not Funny, That’s Sick: The National Lampoon and the Comedy Insurgents Who Captured the Mainstream.”

“We respected each other, so that if someone was making a joke that one thought was in horrible taste, you let it go because Michael O’Donoghue knew what he was doing,” he added, referring to the magazine’s most incendiary writer.

The targets of Mr. Kelly’s satire were wide-ranging.

With Michel Choquette, he conceived a map of world paranoia and wrote “Son-o’-God Comics,” about a nebbishy Jew who turns into a superhero Jesus, which was illustrated by Neal Adams, best known at the time for drawing Batman.

He mimicked James Joyce’s idiosyncratic use of English in “Finnegans Wake” with “Finnswake Again,” which was reprinted in the James Joyce Quarterly. And, with Tony Hendra, he parodied the Babar the Elephant children’s books in a tale of a monkey uprising that ends with Babar and his wife, Celeste, strung up on meat hooks.

Christopher Cerf, with whom Mr. Kelly worked at the Lampoon and later collaborated on the parody “T.S. Eliot’s ‘Waste Land’ Theme Park” for “The Book of Sequels” (1990), said in a phone interview: “Sean’s humor was very biting, but he found a precise place to drive it. O’Donoghue would blow up everything. Sean would place the explosives carefully.”

Mr. Kelly, who was known for his song parodies, wrote most of the lyrics for “National Lampoon’s Lemmings,” a 1973 Off Broadway revue that mocked the 1969 Woodstock music festival and introduced audiences to the future “Saturday Night Live” performers John Belushi, Chevy Chase and Christopher Guest. Mr. Kelly received a Drama Desk Award for most promising lyricist.

“We didn’t do parodies ‘to the tune of,’ which is all right, but it’s a little Catskills,” he told Ms. Stein. “The music itself was a parody of the music.”

Mr. Kelly was promoted in 1975 from editor to editor in chief, along with Mr. Hendra. They replaced Henry Beard and Doug Kenney, who took buyouts. Mr. Kelly and Mr. Hendra were fired three years later after clashing with the magazine’s owner, Matty Simmons, and replaced by P.J. O’Rourke, who died in February. Mr. Kelly returned as a senior editor after Mr. O’Rourke’s departure in 1981 and continued to offer guidance to the staff until 1984.

Sean Charles Kelly was born on July 22, 1940, in Cushing, Quebec, and grew up in Montreal and Owen Sound, Ontario. His mother, Grace (Whelehan) Kelly, was a librarian; his father, Charles, was a draftsman for RCA Victor Records. Young Sean briefly became a star in Canada when he won a substantial amount of money on a children’s radio quiz show.

After graduating in 1963 from Loyola College (now Concordia University) in Montreal, Mr. Kelly was a radio actor, advertising copywriter and teacher. In 1970, his upstairs neighbor, Mr. Choquette, had heard about the Lampoon and told Mr. Kelly he wanted to write for it.

“I thought maybe I could come down to New York and become rich and famous and get tremendous amounts of drugs and sex, neither of which panned out,” Mr. Kelly said in “Drunk Stoned Brilliant Dead,” a 2015 documentary about the Lampoon’s history.

While at the Lampoon and for decades after, Mr. Kelly was a prolific author. His books included “Boom Baby Moon” (1993), which spoofed the children’s classic “Goodnight Moon” with lines like “Goodnight intercom in my crib/Goodnight fireproof feeding bib.”

Mr. Kelly called on his Roman Catholic upbringing and his Irish heritage when he teamed with Rosemary Rogers to write “Saints Preserve Us! Everything You Need to Know About Every Saint You’ll Ever Need” (1993), “Who in Hell …: A Guide to the Whole Damned Bunch” (1996) and “How to Be Irish (Even if You Already Are)” (1999).

His television writing credits include the PBS children’s series “Between the Lions,” for which he won a Daytime Emmy — and for which, Mr. Cerf said, he adapted Abbott and Costello’s “Who’s on First?” routine to teach children the concepts of who, what, when, where and why. He also wrote for “Shining Time Station” and “Goosebumps” and, in 1980, for “Saturday Night Live.”

From 2001 until his retirement in 2016, Mr. Kelly taught creative writing, satire and children’s literature at Pratt Institute in Brooklyn.

In addition to his wife, with whom he lived in Brooklyn, he is survived by his daughters, Erin Kelly, Siobhan Kelly and Honore Marchant-Kelly; his sons, Christopher, a writer for HBO’s “Real Time With Bill Maher,” and Charles; nine granddaughters; one grandson; and his sisters, Ann and Rosemary Kelly. His marriages to Valerie Marchant and Norma Lewis ended in divorce.

Mr. Kelly frequently collaborated with Rick Meyerowitz, a leading illustrator at the Lampoon. The two merged their eclectic and bizarre interests, confident that no subject was off-limits.

“I had this idea: What if the two of them — Bunyan, who wanted to cut down trees, and Smokey, who wanted to save the forest — met and fought?” Mr. Meyerowitz said by phone. “It was quite bloody, and Sean wrote ‘The Ballad of Pulp and Paper.’” It read in part,

But one winter’s day as he hacked away
Beside Babe, his big blue ox,
This hideous bear roared out of his lair
And challenged Paul to box.
“You’re stupid and bad and money-mad
And your harvest is rack and ruin,
But you’ll deal with me before your next tree!”
Cried the ecocrazy bruin.