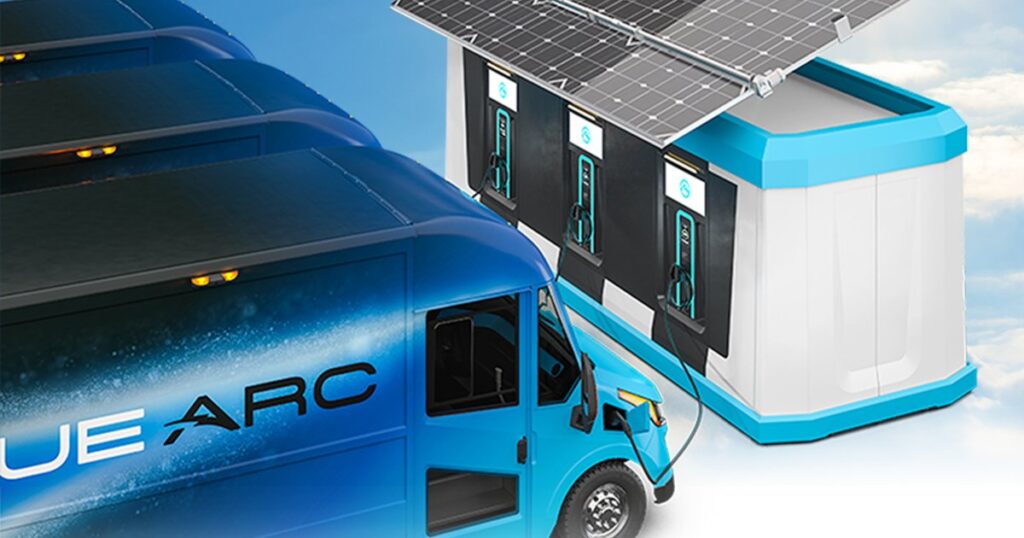 The Power Cube carries three megawatts of onboard power, enough to power six vehicles at once, according to the company.

It has fast-charging capabilities that the company says can charge passenger cars and all classes of commercial vehicles.

“We want them to buy our trucks, but if they don’t have a way to charge them, they’re not going to buy them,” Adams said.

That was particularly true for fleets that operate in rural areas, where EV infrastructure investments are lagging behind cities. It also is a problem in areas where the electrical grid is less able to keep up with large amounts of charging, he said.

But a portable charging unit would work well with fleet operations, he said. A company would charge the Power Cube during the day when its vehicles are making runs. Then it would charge the vehicles when they returned to base from their routes at the end of the day.

“They leave and come back every day. We know exactly what the range is,” Adams said.

Fleets would charge the Power Cube from the grid by tapping into a building, a generator or a light pole. Shyft also plans to offer optional solar panels or wind turbines. The concept is to create a flexible microgrid that requires no digging or trenching for a permanent underground connection.

PrevPreviousNissan will ax the Rogue Sport crossover
NextDoes Watching College Football on TV Have to Be So Miserable?Next