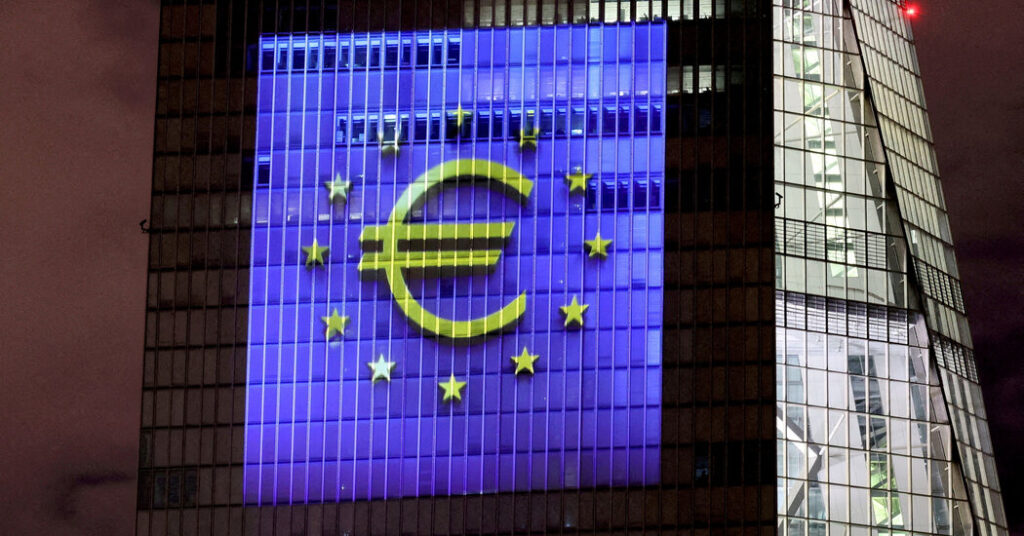 
The European Central Bank should keep raising interest rates to tackle inflation even if the eurozone slips into a recession, said Pierre Wunsch, a member of the bank’s Governing Council and the head of Belgium’s central bank.

Increasing the E.C.B.’s deposit rate to 1.5 percent is a “no brainer,” Mr. Wunsch said, as long as the economy didn’t fall into a “deep recession.” Last week, the bank raised interest rates for the first time in more than a decade, lifting the deposit rate from minus 0.5 percent to zero.

Mr. Wunsch has been one of the more hawkish members of the 25-person rate-setting group. In an interview, he drew a distinction between the possibility of the region experiencing a technical recession with a small contraction, coming after strong economic growth in 2021, compared with a steeper decline in the economy.

As policymakers in the eurozone ramp up their efforts to tackle record high inflation, at 8.6 percent in June, the economic outlook is worsening. Germany, the eurozone’s largest economy, “is on the cusp of a recession,” according to the Ifo institute, which reported another decline in business sentiment on Monday.

Policymakers are in a “very difficult situation,” with the economy “slowing down and inflation continuing to surprise on the upside,” Mr. Wunsch said.

“Every week there is something that signals that we are not at the end of these dynamics and we are getting ever closer to something that looks like some form of stagflation,” he said, referring to a combination of stagnant economic growth and high inflation. It’s “not the one that we observed in the ’70s and ’80s but we cannot claim that it’s completely different,” he added.

Last weekend, Christine Lagarde, the president of the E.C.B., wrote in a blog post that policymakers “will keep raising rates for as long as necessary to bring inflation down to our target over the medium term,” which is 2 percent.

The bank has been slower to raise rates and end its bond-buying program than other major central banks because much of the inflation in the eurozone has been generated by rising energy prices, exacerbated by Russia’s war in Ukraine, and there was little the bank could do to control those price increases. But as inflation has spread to more goods and services and risks becoming more entrenched in the economy, the bank raised rates by twice as much as it indicated it would last week.

Mr. Wunsch said his preferred course of action given the economic outlook was to raise rates in half-percent increments and then maybe slow down when the deposit rate is closer to reaching 1.5 percent. Last week, the central bank withdrew some of its so-called forward guidance on interest rates, in which central bankers send strong signals to markets about what they plan to do in the future, and said decisions would instead be decided by a “meeting-by-meeting approach.”