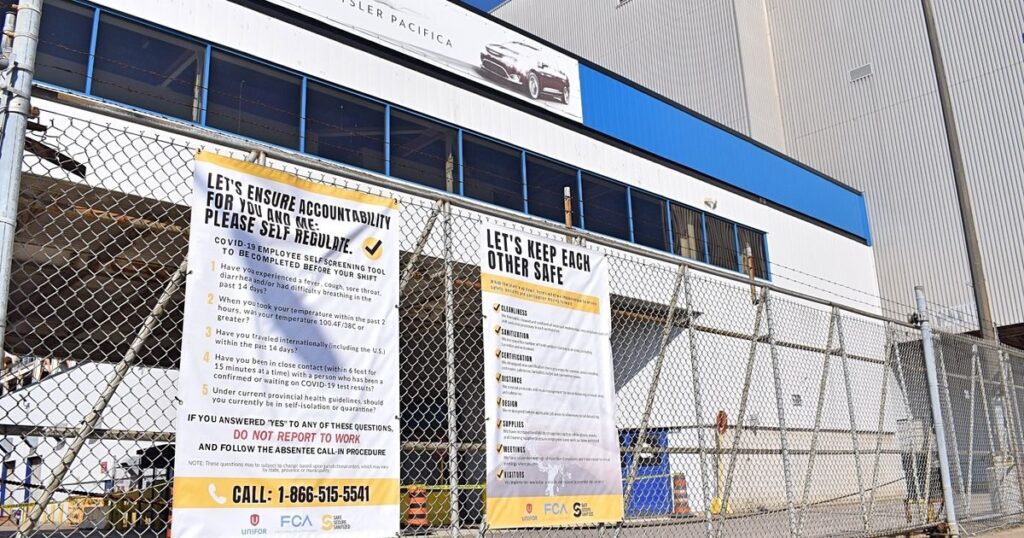 
An arbitrator’s ruling says that Stellantis must end its COVID-19 vaccine mandate in Canada, which pleases the union representing workers at the automaker and could lead to some suspended employees returning to their jobs.

The Detroit Three automakers on Oct. 14, 2021 outlined their vaccine mandates. And all but Stellantis did away with them earlier this year. Stellantis, which began its policy on Dec. 17, 2021, still requires proof of vaccination before anyone can enter its Canadian operations. Stellantis began suspending unvaccinated employees without pay in January.

On June 17, an arbitrator ruled the mandate must end by June 25, according to the union and automaker.

According to Unifor Local 444 President Dave Cassidy, the arbitrator ruled that “when the policy was put in place and implemented, it was ‘reasonable’ at that time and continued to be reasonable up until now.”

“The arbitrator also made note of the federal government’s lifting of mandatory vaccination policies for government employees effective June 20th of 2022 in this decision,” Cassidy wrote in a post on the chapter’s official Facebook page.

He said discussions will begin between the union and Stellantis on the process of reinstating members.

Stellantis in a brief statement didn’t say how soon — if at all — employees will return to work.

“We are very pleased with the arbitrator’s decision that the Stellantis vaccine policy is reasonable,” the automaker said. “Stellantis takes its obligation to provide a safe and healthy working environment for its 9,000+ employees throughout Canada seriously. We are carefully reviewing the decision before determining next steps.”