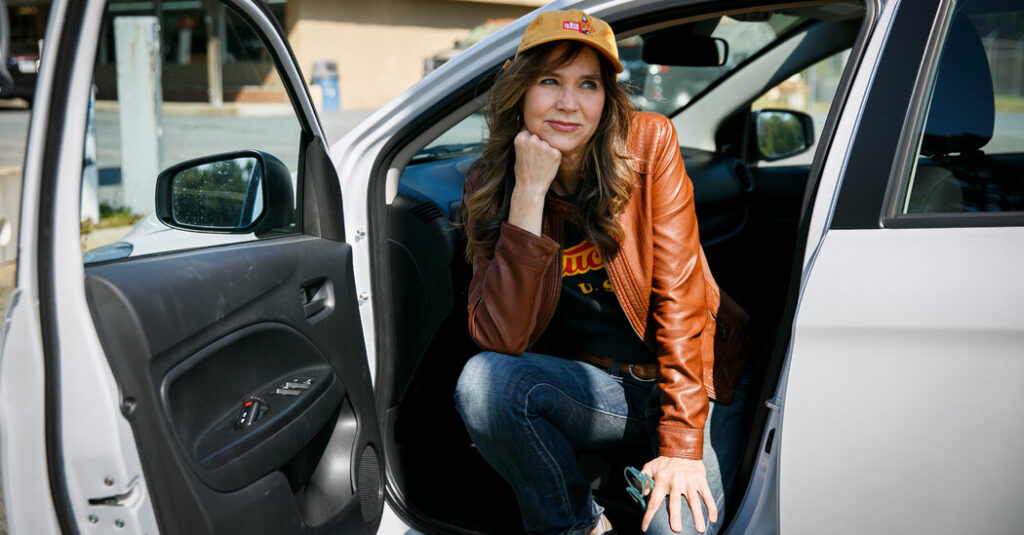 
“We look for stuff you don’t see in every roadside place,” Ms. Stuckey said.

“Jesus stuff sells,” Ms. Stuckey said. “We brought in walking sticks recently, and we blew through them.” Less popular? “License plate signs — they are really cute, but they are not selling,” she said. “State merch doesn’t turn as well. That stuff is collecting dust. Except for Texas. Texans love their Texas merch.”

Then there is a plan to extend Stuckey’s turf by selling candy through outlets like Food Lion, TravelCenters of America and food brokers. There was even a seasonal run of a Stuckey’s Pecan Log Roll beer in partnership with an Atlanta-area brewery.

“That’s part of our strategy to expand the brand, and I think collaborations are the path to scale,” Ms. Stuckey said.

Ultimately, the goal is to leverage road-trip allure to drive candy sales, use candy profits to increase manufacturing and, perhaps, turn Stuckey’s into the top-of-mind pecan brand, like Planters is for peanuts or Diamond for almonds. There might even be a handful of Stuckey’s destination superstores.

For now, Stephanie Stuckey puts in the miles and spreads the gospel of road tripping, finding joy even when the trip leads to an Arkansas Stuckey’s with a hole in the roof.

PrevPreviousInflation in the United States: What You Need to Know
NextHoward Schultz: Starbucks Is Battling for the ‘Hearts and Minds’ of WorkersNext