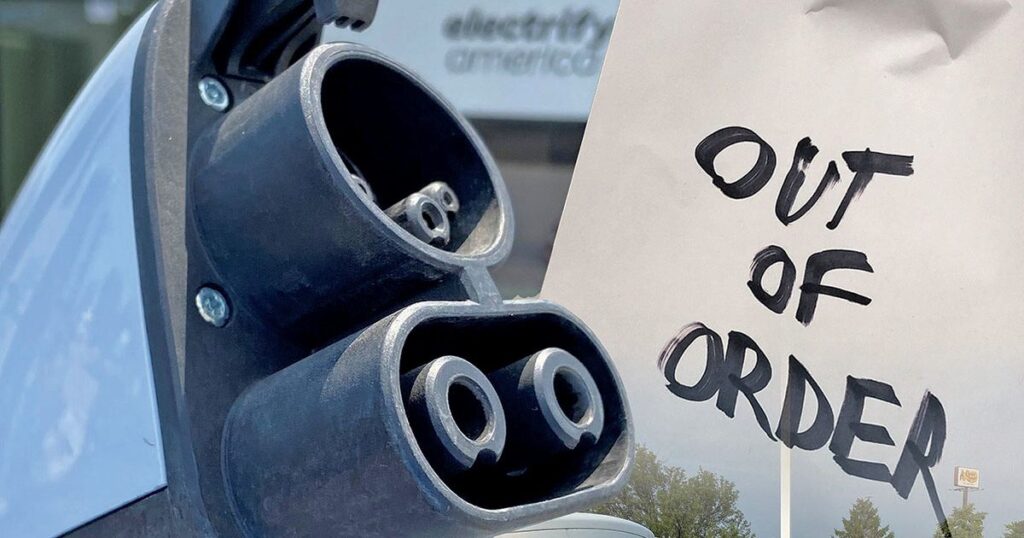 
The study, conducted between Feb. 12 and March 7, examined charging stations in and around San Francisco. The researchers deemed a charging point was functioning if it was able to charge for two minutes, or if a station was occupied by an EV that was being actively charged.

Common problems included failures with the station’s payment system, a failure to begin charging, error messages displayed on screen and blank or unresponsive screens, according to the researchers.

Rempel said Berkeley’s findings corroborate other recent surveys that showed reliability to be a concern for many DC fast charger users.

A February study by Plug In America reported that more than a third of users said broken chargers were at least a “moderate concern.”

A similar number of users said the distance between stations was an issue.

“Out of the box, we need to make sure EV infrastructure works well so it’s not something people point to and say, ‘I’ll wait to move to an EV until the system is better,’ ” Rempel said. “We need to get the infrastructure right from the start, and we shouldn’t be dumping a lot of money into infrastructure that leads to a poor system.”