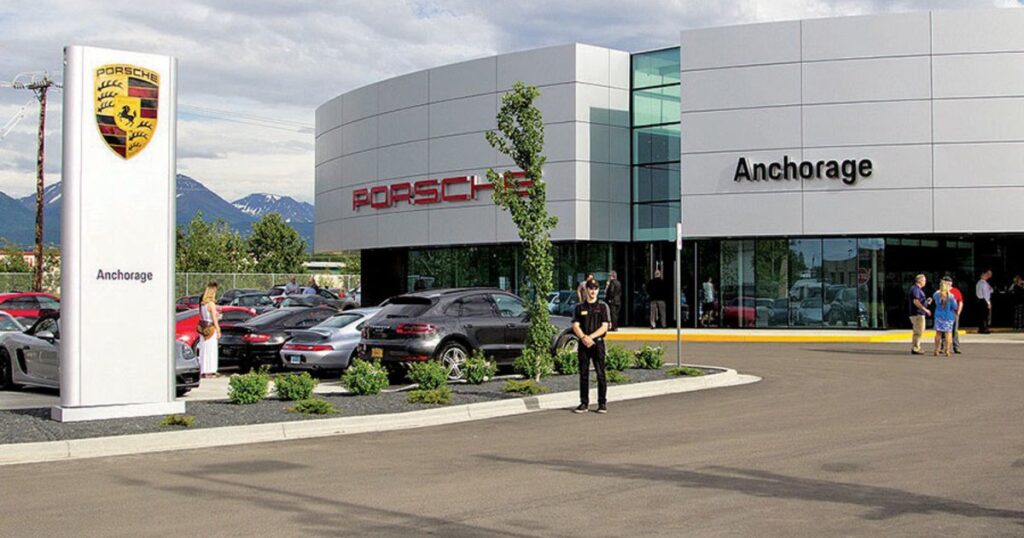 
The dealership was Swickard Auto’s first acquisition since it bought two General Motors dealerships, in Anchorage and Palmer, Alaska, in December 2021, Gates confirmed.

“It was an opportunity to expand the footprint in Alaska, which we liked,” Gates told Automotive News.

It marks the second Porsche and Volkswagen locations for Swickard Auto and the fourth for Audi, Gates noted.

“We obviously like all those brands and think that they’ve all got bright futures and it made sense geographically,” Gates said.

Gates said Swickard Auto is bullish on Alaska, a state which has just 27 new-vehicle dealerships as of June, according to the National Automobile Dealers Association’s NADA Data midyear report.

“”We ended up doing a deal with Mercedes there,” Gates said. “And then once we got there, we said, ‘Hey, it would make sense to expand our footprint.’ And now at four stores, if further opportunities came up, we definitely would be interested. Obviously, it’s not the same size market as a Southern California, a Bay Area or something like that. But it is a good market.”

Also, Swickard Auto on May 16 sold Epic Ford in Everett, Wash., north of Seattle. Gates said Swickard had signed a contract with a buyer he didn’t name to sell the dealership, but the plans changed once the deal was presented to Ford Motor Co.

“We went in to sell the store and ultimately they [Ford ] did what they had the right to do,” Gates said. “And they [Ford] said they thought it made more sense to reduce the number of dealers in that market.”