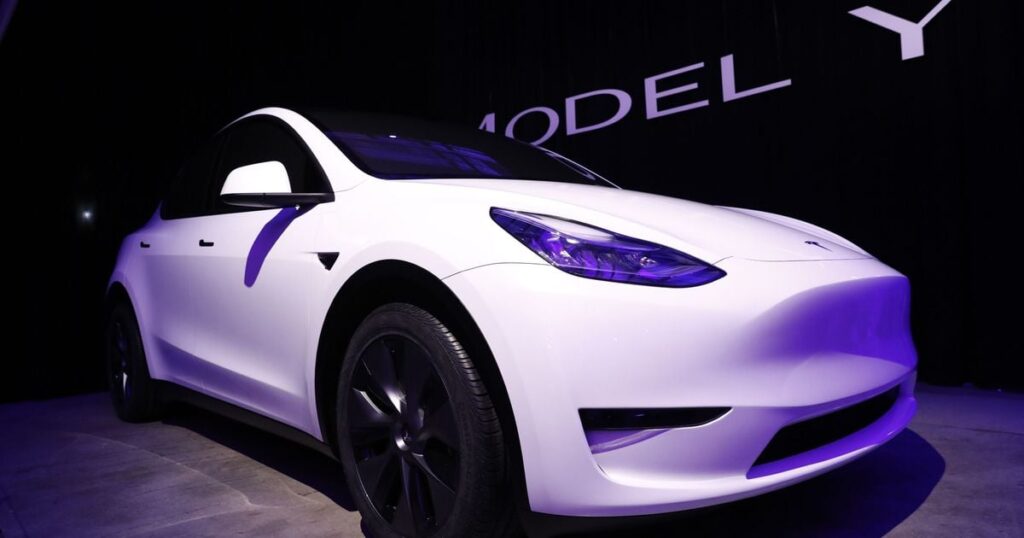 
Tesla CEO Elon Musk is crying foul after the IRS left the most popular EV in America off the preliminary list of vehicles qualifying for the new EV tax credit. And Tesla fans are urging the automaker to make creative product changes to get the base version of the Model Y back on the list.

“Messed up!” Musk wrote on Twitter Tuesday in response to a post by a Tesla fan complaining about preliminary IRS guidance.

The base Model Y in the U.S., which comes with two rows and seating for five, has a starting price of $65,990 before shipping charges. Since the vehicle exceeds the $55,000 price cap, the entry version is not eligible for the EV tax credit of up to $7,500.

The tax credit is part of the Inflation Reduction Act signed into law in August. New provisions for EV incentives took effect on Jan. 1, including price caps based on vehicle type and income caps for buyers.

In a curious twist, the Model Y’s less popular three-row version qualifies as an SUV under the new IRS guidelines and therefore is eligible for the tax credit with a price cap of $80,000. The seven-seat Model Y, with a tiny third row, starts at $68,990 before shipping. But the Model Y Performance, with only two rows and a $69,990 sticker, does not qualify for the EV credit.

It’s unclear exactly which set of rules the IRS is using to define SUVs, according to analysts. The EPA defines the Model Y as a “small SUV” for all versions, while a separate set of government rules defines SUVs by gross vehicle weight, off-road capability or the presence of a third row of seating.

“Our federal government kind of screwed up on this one,” said Loren McDonald, CEO of the analysis and consulting firm EVAdoption. “Nothing on this is clear yet. And if this is final, it’s not at all aligned with the EPA definitions.”