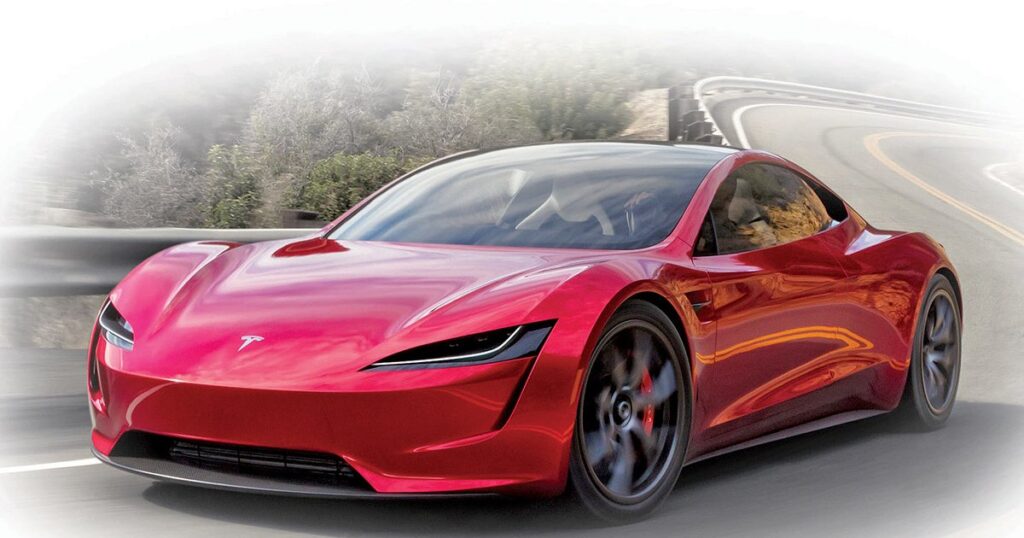 
Tesla priced the standard awd Model Y at $61,440 with shipping and first sold them to employees before offering small numbers to the general public in certain areas. Tesla said the new model had 279 miles of range. The least expensive Model Y available for order nationwide is the long-range version, which starts at $67,440 and has 330 miles of estimated range. Tesla is likely to expand availability for the standard-range awd version as 4680 supply ramps up this year or next. A Model Y Plaid could also be added next year at the top of the trim lineup.

AutoForecast Solutions is expecting a redesign of the Model Y in 2027.

Model S: Tesla’s first volume vehicle — launched in 2012 — received a significant freshen in 2021. On the outside, it’s slightly longer and wider with a more aggressive look. Interior changes are more extensive, with a yoke-style steering wheel that replaced the round one found in previous models. Likewise, the stalks on the steering column have been replaced by capacitive buttons on the yoke for turn signals, wipers and high-beam headlights. The sedan’s iconic vertically oriented touch screen is now a horizontal unit that can tilt to the left or right. Musk has said the freshened S has a new battery pack, new drive units, new internal electronics and computer chips to run demanding video games.

Still in its first generation, the freshened S also has a new driver-information display, a new rear-seat display and a Plaid ultraperformance model. Tesla calls the Plaid, starting at $137,440 with shipping, the quickest accelerating production car with a 0-to-60 mph time of under two seconds. Some supercars claim similar numbers. Given the extensive changes to the S, which some Tesla fans argue should qualify as a redesign, the sedan’s next update will likely come late in the decade.

Model 3: The compact sedan that launched five years ago — marking Tesla’s breakthrough move into higher-volume segments — remains a strong seller despite the arrival of the Model Y crossover in 2020 on the same platform. The Model 3’s popularity comes in part from its entry-level price of $48,440 with shipping, compared with $67,440 for the Model Y, which has a bigger battery and more features.

Part of the savings comes from the base Model 3’s lithium iron battery from China. The new pack was offered after a Model 3 freshen for the 2021 model that included blacked-out exterior trim, longer range, new interior materials, a power trunk and a heat pump for greater efficiency.

For 2022, the Model 3 is mostly unchanged except for a series of price hikes that makes it about $8,000 more expensive compared with early 2021.

AutoPacific forecasts a second Model 3 freshen for 2025. A new-generation Model 3 — with a full exterior and interior redesign — may not come until late in the decade. In 2023, the Model 3 could get a performance Plaid edition.

AutoForecast Solutions says there could be a redesign of the Model 3 as early as 2024. It’s the oldest Tesla vehicle without a major update, and the styling is becoming dated in markets like California where the Model 3 is ubiquitous.

Roadster: Tesla’s first vehicle back in 2008 was the limited-production Roadster, and fans of the brand have been waiting for its revival for years. Musk teased a new Roadster at the unveiling of the Semi truck in December 2017. Originally due in 2020, Roadster reservations can still be made with a $50,000 refundable deposit. Pricing initially started at $200,000. Musk promised that the four-seater with a removable roof would set world records for a production car such as acceleration, top speed and EV range.

Although no formal date has been set by Tesla, which calls the Roadster a supercar on its website, Musk said this year that it would follow the Cybertruck into production, suggesting 2023.

Robotaxi: Tesla expects to reach volume production of a new robotaxi vehicle without a steering wheel or pedals by 2024, Musk said on an earnings call this year. The goal of the model, which would use Tesla’s still-incomplete Full Self-Driving software, is to reach the lowest cost per mile for a taxi-type vehicle. But Musk hasn’t offered more details, saying he doesn’t want to ruin the product announcement event next year.

Musk first mentioned plans for the vehicle during the April event celebrating the Austin factory opening. “There’s going to be a dedicated robotaxi that’s going to look quite futuristic,” he said. The robotaxi, however, would presumably depend on Tesla solving fully autonomous driving — a task that seems years away.

Optimus: Tesla teased a humanoid robot last year, and Musk has been promoting it as a game changer for the automaker, which could employ it in Tesla’s factory. Musk said the company may have a working prototype to show Sept. 30 as part of Tesla AI Day, dedicated to artificial intelligence.