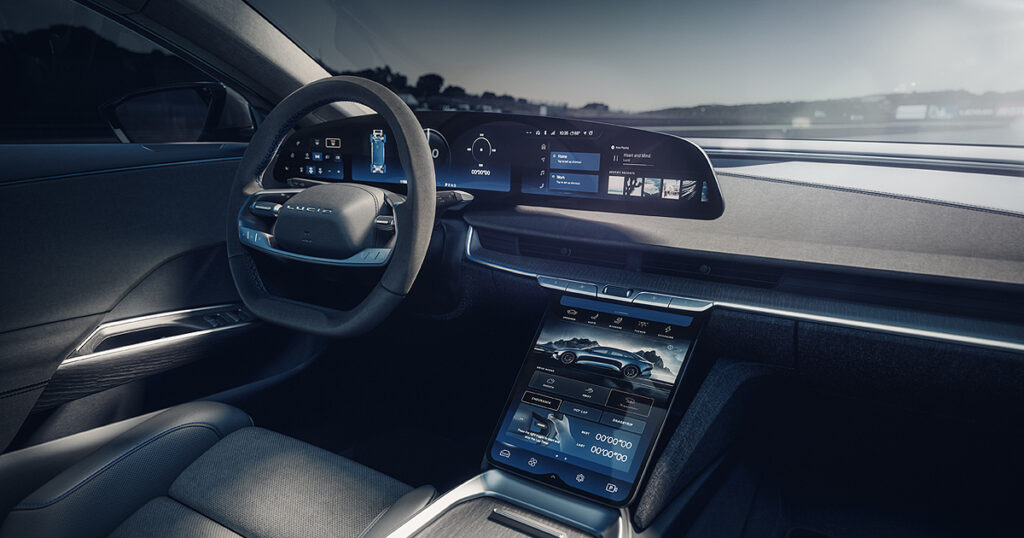 
Musk has said that Tesla expects to reach volume production of a new robotaxi vehicle without a steering wheel or pedals by 2024, but hasn’t provided any other details.

Rivian, which launched its R1T pickup last year and R1S SUV this year, is taking a different approach to its adventure vehicles.

Rivian CEO RJ Scaringe sees autonomous systems that require expensive hardware as unrealistic for consumer vehicles because of the cost. Systems that are “hardware constrained” can still provide meaningful features thanks to rapidly improving software, he said at an October event.

“Our view as a company is really that a more hardware-constrained system that can be applied across a lot of vehicles and millions and millions of miles is a platform that’s going to have the better long-term potential,” Scaringe said at the TechCrunch Disrupt event.

Scaringe noted that AV startups trying to solve autonomous driving “find it to be more challenging than they had originally anticipated.”

Autonomous vehicles are coming, he added, but may be limited to certain roads or driving conditions.

“I think we’ll have fairly limited Level 4 by mid-decade,” Scaringe said at the event. “Like, this is going to happen, it’s just a question of when, not if.”

Rivian is pursuing Level 3 autonomous driving, where drivers can at times remove their eyes from the road but must be ready to take over.

Rivian’s “Driver +” system offers a highway assist feature with automatic steering, braking and acceleration on highways that have been previously mapped for safety. Rivian vehicles use multiple cameras, radars and ultrasonic sensors for driver-assistance and safety features.

Lucid, an industry leader in EV drivetrain technology, also has plans for driver-assistance features that will develop over time. The startup most recently introduced a “highway assist” mode in its Air sedan, about a year after delivering its first vehicles.

The new feature, according to a Lucid press release, offers “active lane centring and adaptive cruise control, allowing for even greater driving comfort on long journeys.” It’s similar to systems already offered on most vehicles, gas and EV alike.

The automaker says its DreamDrive Pro suite of 32 vehicle sensors and software “has been designed to grow in capability over time.” Lucid has partnered with NVIDIA to integrate its AV platform to complement Lucid’s own system, the automaker said in March.

Lucid hasn’t provided details on its plans for higher-level autonomous systems like Level 4.