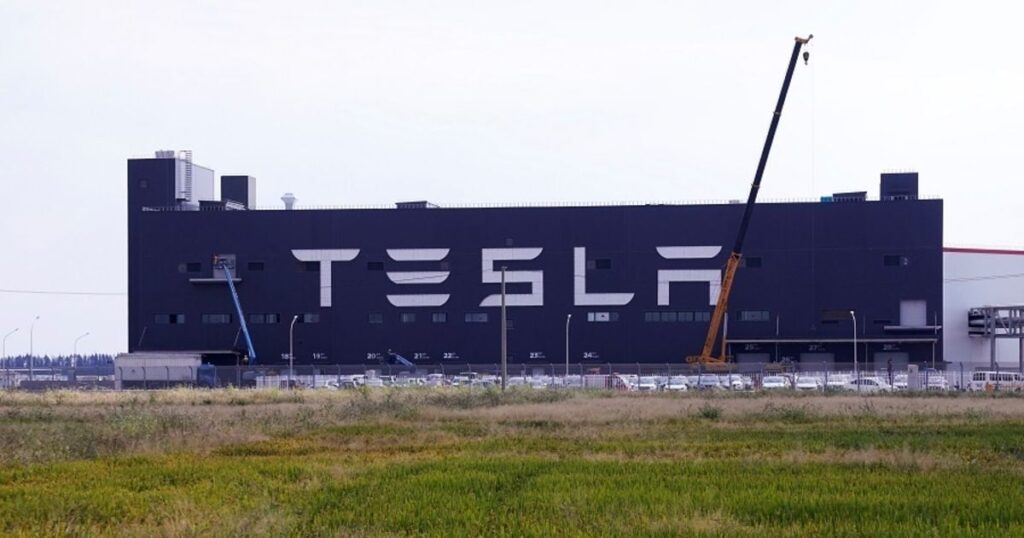 
Like other automakers, Tesla has also faced a downturn in demand in China, the world’s largest auto market. Earlier this month, Tesla offered an additional incentive for buyers taking possession of vehicles in December. The company has cut prices for the Model 3 and Model Y by up to 9 percent in China, in addition to a subsidy for insurance costs.

China is also beset by a rising wave of coronavirus infections after eased its zero-COVID policy earlier this month, an abrupt move welcomed by businesses and the public but heavily disrupting business operations in the short term.

The brokerage, which tracks week-by-week retail auto sales data in China as a snapshot of demand, said industrywide sales were up almost 15 percent by the same metric through Dec. 25. It said average daily sales for BYD, Tesla’s larger electric vehicle rival in China, were up 93 percent in that period.

The Shanghai plant, a complex that employs some 20,000 workers, accounted for more than half of Tesla’s output in the first three quarters of 2022.

Tesla has set a target for growth of 50 percent in output and electric vehicle deliveries in 2022. Analysts expect output to fall short of that goal at closer to about 45 percent, based on forecasts for the soon-to-end fourth quarter.