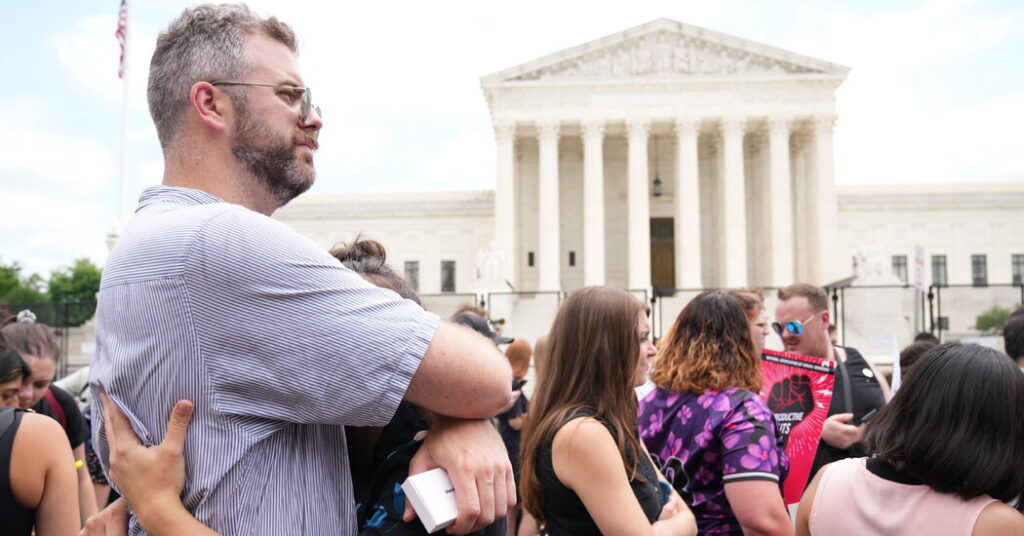 The Companies That Will Cover Travel Expenses for Employee Abortions


After a memo from the Supreme Court showing its decision on Dobbs v. Jackson Women’s Health Organization leaked in May, a handful of companies committed to protecting their employees’ access to abortion.

The small group of companies that have said they would cover travel expenses for employees who need abortions include Starbucks, Tesla, Yelp, Airbnb, Netflix, Patagonia, DoorDash, JPMorgan Chase, Levi Strauss & Co. and Reddit.

On Friday, after the final ruling was handed down, Jeremy Stoppelman, Yelp’s co-founder and chief executive, called the decision a threat to gender equality in the workplace.

“Business leaders must step up to support the health and safety of their employees by speaking out against the wave of abortion bans that will be triggered as a result of this decision and call on Congress to codify Roe into law,” Mr. Stoppelman said.

Levi Strauss & Co called on business leaders to take a stand against the ruling. “Protection of reproductive rights is a critical business issue impacting our work force, our economy and progress toward gender and racial equity,” the company said. “Given what is at stake, business leaders need to make their voices heard.”

A spokeswoman for JPMorgan Chase, the country’s largest bank, with about 170,000 U.S. employees, said the bank was focused on equal access to health care for all its employees. She highlighted a June 1 memo alerting employees that their travel costs would be covered if they needed to go more than 50 miles to receive certain medical procedures, including abortions.

Reddit also said its employees could get a stipend to cover travel for medical procedures, including abortions. “Our benefits programs are designed to support the health and safety of our employees, and we also have robust policies to support women in the workplace,” said a representative for the company.

Though a majority of these travel policies followed the leaked memo, the trend began last year, after Texas enacted its six-week ban on abortion, in September. With abortion rights now overturned on the federal level, there is more pressure for companies to respond, especially for those with headquarters in one of the 13 states that will ban abortion immediately or very quickly following Roe’s overturn.

“Employers like us may be the last line of defense,” said Sarah Jackel, chief operating officer of Civitech. The Texas-based company, which employs 55 people and builds technology tools for political campaigns, committed to covering travel expenses for workers seeking an abortion immediately after Texas’s ban went into effect.

Ms. Jackel said the policy had strong support from both employees and investors, though the company declined to say if anyone has used it. “It makes good business sense,” Ms. Jackel added. “There’s no reason we should be putting our employees in the position of having to choose between keeping their job or carrying out an unwanted pregnancy.”

Last month, Forrester found in a survey that 28 percent of American online adults agreed or strongly agreed that they would like their employer to issue a formal statement to employees about abortion and Roe v. Wade. Thirty-eight percent disagreed or strongly disagreed, 22 percent were neutral and 12 percent preferred not to answer.

Among online adults who considered themselves moderate or liberal, 44 percent of the survey’s respondents wanted their employers to speak out. Thirty-nine percent of adults in the Gen Z age category were in favor of corporate statements.