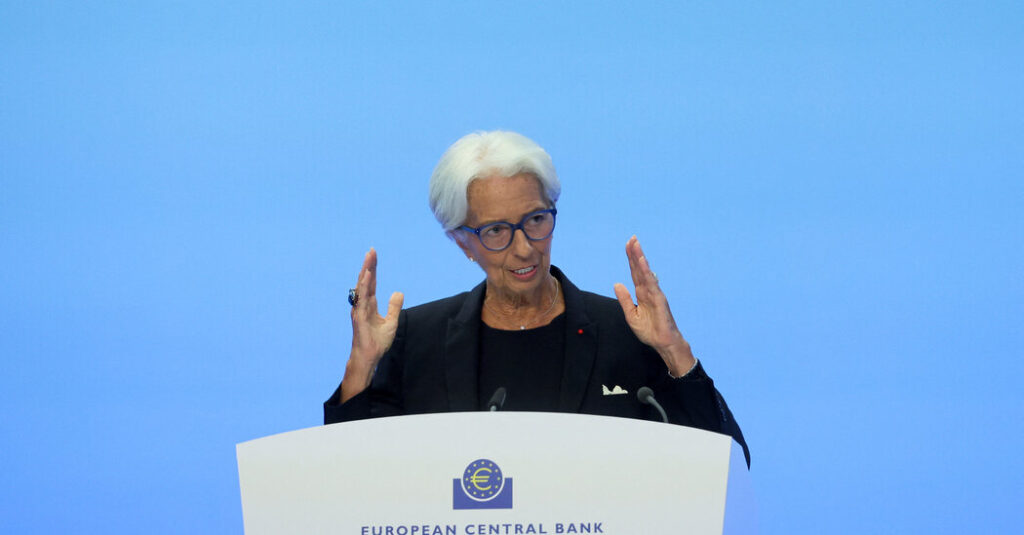 The ECB Has a New Tool to Keep Bond Markets in Check: the TPI


As well as announcing its first interest rate increase in 11 years, the European Central Bank introduced a new policy tool on Thursday to limit the divergence in borrowing costs across the eurozone’s 19 members.

Rapidly rising borrowing costs for Italy in recent months had intensified focus on whether bond market moves were orderly and in line with a country’s economic fundamentals or disorderly and a threat to the effectiveness of monetary policy.

This new tool, called the Transmission Protection Instrument, is intended to stop disorderly moves in government bond markets. In short, the new tool will allow the E.C.B. to buy bonds of countries it believes are experiencing an unwarranted deterioration in financing conditions. The scale of the bond purchases will depend on the severity of the risks involved and are not restricted, the bank said. It will buy public debt that matures between 1 and 10 years.

The bank said that this policy tool was part of the reason it was able to raise interest rates more than expected on Thursday, because it would ensure the smooth transmission of its policy goals.

But like an earlier policy instrument that was announced in the depths of the 2012 European debt crisis, there is a hope that the announcement of the tool alone would able to calm bond markets, and it will not ever have to be used.

“I can assure you that we would rather not use” the tool, Christine Lagarde, the president of the E.C.B., said. “But if we have to use it we will not hesitate.”

The decision to use the tool would be decided by the 25-member Governing Council, which is made up of the heads of the eurozone’s 19 national central banks and a six-person executive board, without disclosing specific details of what could trigger its activation. Any country would need to meet certain criteria to benefit from the policy tool, including having a sustainable trajectory of public debt and a “sound and sustainable” economic policy that adhered to the plans used to access the European Union’s recovery and resilience funds.

There’s “plenty of room for Italy” or other southern European economies such as Greece, Spain and Portugal, to fail to meet the eligibility criteria, Claus Vistesen, an economist at Pantheon Macroeconomics, wrote in an note to clients. “The key question is how strict these criteria will be enforced.”

He added that “time will tell, but we are encouraged” that the bank would interpret its criteria loosely.