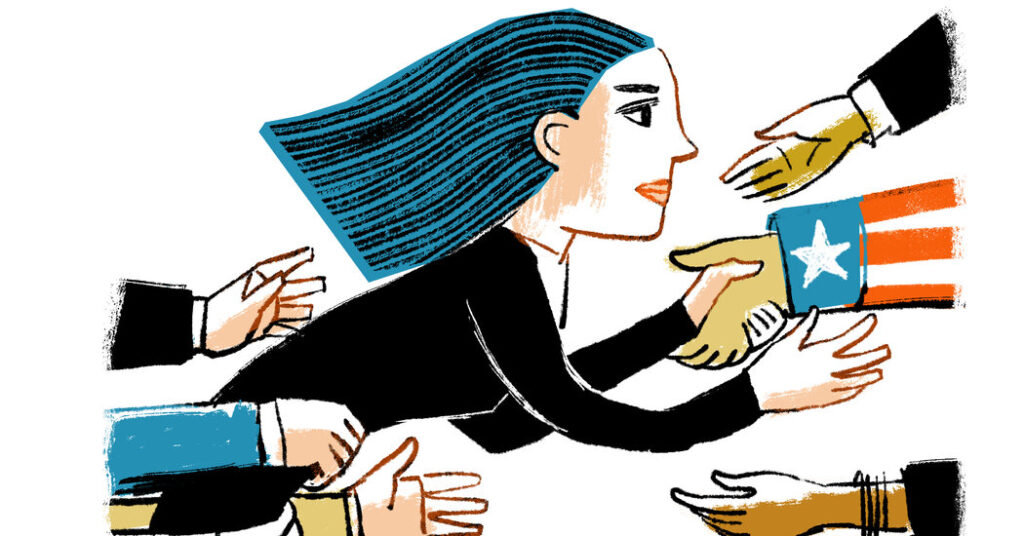 The Federal Government Subsidizes Abortions. Will That Last?


In the United States, you can get a tax deduction for your abortion if your overall health care expenses are high enough. That didn’t change with the Supreme Court’s ruling last week.

If you work for a nongovernmental employer that provides health insurance that covers abortion, the federal government helps there, too. That hasn’t changed.

If you’re privileged enough to have a good benefits package through your job, you can use an employer-sponsored flexible spending account to set aside money that can pay for an abortion and related travel expenses, and you don’t have to pay federal income taxes on the money you put into the account.

That didn’t change with the ruling last week, either, which means federal employees, including clerks for Supreme Court justices, can use federally subsidized funds to pay for abortions.

Employer-provided health insurance generally works like this: Your employer pays a chunk of the cost, and you pay the rest.

The federal government makes this go down easier by shielding your share of the cost — the line item on your pay stub letting you know what has disappeared before your compensation lands in your bank account — from personal income tax as long as your employer sets up your plan correctly.

So if your plan pays for abortion, the federal government has facilitated that with what is, effectively, a discount. (This is not how it works for most federal employees, by the way; we’ll get to them in a bit.)

The U.S. Internal Revenue Code governs the tax-favored status of health insurance contributions. And the code can change only through an act of Congress, subject to presidential veto.

People who itemize the deductions on their tax returns can deduct medical expenses as long as they amount to more than 7.5 percent of their adjusted gross income.

And abortion — whether through pills or a procedure — is a medical expense. Internal Revenue Service Publication 502 defines a medical expense as “the costs of diagnosis, cure, mitigation, treatment or prevention of disease, and for the purpose of affecting any part or function of the body.”

(By the way, Publication 502 is also the governing document on eligible expenses for those of you who have health savings accounts — the tax-favored vehicles that you can contribute to only if you also use a high-deductible health insurance plan.)

People needing to travel for an abortion may spend more on getting to a clinic than on the procedure itself. Most travel expenses are also eligible medical ones in this context, according to the I.R.S., subject to certain limits.

How might the list of eligible medical expenses change? Again, an act of Congress — or an aggressive change in guidance by the I.R.S. under, say, a different presidential administration — would be necessary. Republican senators are trying to remove abortion from the list.

Millions of people have access to something called a health care flexible spending account. Here, an employer — along with an outside administrator — allows you to set aside money from your paycheck, up to annual limits, that you don’t have to pay federal income taxes on. Then you can use that money for eligible medical expenses that your health insurance does not cover.

Publication 502 governs here, too, at least in theory. Employers have the ability, if they wish, to exclude some expenses that they don’t want their flexible spending accounts to cover. Already, these exclusions sometimes include abortion.

Could more employers exclude it? Here’s what may have them concerned: Your medical procedures have to be legal ones.

So consider this possibility: An employee in a state where abortions are almost entirely illegal orders abortion pills to her home and then submits the receipt for reimbursement from the flexible spending account. Is it a covered expense? Perhaps, though at some point a state may try to prosecute someone who takes the pills.

Then there’s the employee who travels from a state where abortion is almost entirely illegal to get an abortion in a state where it’s still legal. That procedure may seem fine for reimbursement, but which state’s laws ought to prevail? Or could it depend on where the company’s headquarters are — some third state, perhaps? Again, the risk here could eventually land with the person getting the abortion and not the employer or the plan administrator.

We put the expense eligibility questions to HealthEquity, a leading third-party administrator of these plans. It seems poised to approve abortion-related expenses in all of the above cases, at least for now.

Here’s the company’s reasoning: When it comes to employee benefits plans, federal tax laws and regulations are supposed to be the primary rule-making mechanism. And on June 24, Attorney General Merrick B. Garland put out a statement noting that states cannot prevent residents from traveling to another state for care. Moreover, he pointed out that abortion pills were federally approved.

“They should still be legal to obtain even for individuals in states that prohibit abortions,” said Nicky Brown, HealthEquity’s vice president for advocacy and public affairs, citing Mr. Garland’s statement.

This makes a certain amount of logical sense, but no entity in a position of authority has weighed in with specificity just yet.

“We’re just six days out from a ruling that does not talk about benefits,” said William Sweetnam Jr., legislative and technical director of the Employers Council on Flexible Compensation. He used to be benefits tax counsel at the Treasury Department, where he and the lawyers reporting to him would address questions like these.

Mr. Sweetnam wondered if there could be a backlash against companies that did allow people to pay for abortions via flexible spending accounts (assuming users will even want to leave a paper trail in this new legal environment).

“Companies really ought to talk to their legal counsel to determine what their risk tolerance is on providing these sorts of benefits,” Mr. Sweetnam said.

Amy M. Gordon, a partner at Winston & Strawn, is one of those benefits lawyers. “We can’t definitively say that ‘this’ is the answer and there’s no risk in relying on that answer,” she said. “I really do think it’s going to depend on enforcement.” Future regulatory guidance will matter, too.

Again, Congress has the ability to change the list of covered procedures here if it has the votes. A few years ago, menstrual products became an eligible expense for flexible spending account reimbursement.

Flexible spending accounts don’t help people who do not work for employers that offer them, and people with lower, part-time or freelance incomes are more likely to fall into this category. If they qualify for Medicaid, the public health program that is mostly for lower-income households, both federal and state money pays for the program. Then the states do the administration — and ultimately decide how broad coverage will be.

Federal law does not allow federal funds to be used to pay for abortions, except when the pregnancy resulted from rape or incest or causes a life-endangering condition for the woman.

States can choose to cover abortion in Medicaid plans beyond those limited circumstances, set out in what is known as the Hyde Amendment, as long as they finance it with state funds. Sixteen states had such policies as of last year, according to the Kaiser Family Foundation.

The Hyde Amendment’s principles have also made their way to federal employee benefits programs. Those workers don’t have coverage for most abortions in their health insurance plans, though Hyde’s reach has not yet extended to their flexible spending accounts. Could it happen? Many dozens of people are already probably trying to make it happen, in a way that would survive Supreme Court scrutiny.

Some federal employees are now pressing the Biden administration to give all such workers paid time off — that doesn’t come out of sick or vacation pay — to travel for abortions.

PrevPreviousWirelessCar aims to speed development of connected-vehicle features with Polestar
NextDid the Supreme Court Open the Door to Reviving One of Its Worst Decisions?Next