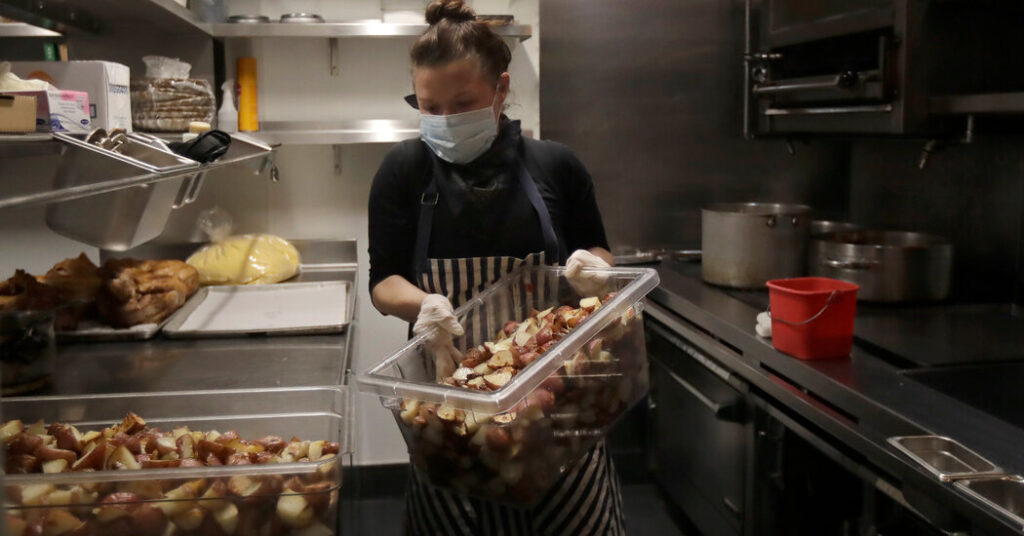 Restaurateurs from San Francisco to New York, many from establishments with Michelin stars, said in recent days that they’ve received a blitz of one-star ratings on Google, with no description or photos, from people they said have never eaten at their restaurants. Soon after the reviews, many owners said, they received emails from a person claiming responsibility and requesting a $75 Google Play gift card to remove the ratings. If payment is not received, the message says, more bad ratings will follow.

The text threat was the same in each email: “We sincerely apologize for our actions, and would not want to harm your business but we have no other choice.” The email went on to say that the sender lives in India and that the resale value of the gift card could provide several weeks of income for the sender’s family. The emails, from several Gmail accounts, requested payment to a Proton mail account.

Kim Alter, the chef and owner at Nightbird in San Francisco, said Google removed her one-star ratings after she tweeted the company to complain. Chinh Pham, an owner of Sochi Saigonese Kitchen in Chicago, said her one-star reviews were taken down after customers raised an outcry on social media.

“We don’t have a lot of money to fund this kind of crazy thing from happening to us,” Ms. Pham said.

At Google, teams of operators and analysts, as well as automated systems, monitor the reviews for such abuses. A Google Maps spokeswoman said Monday that the platform was investigating the situation and had begun removing reviews that violated its policies.

“Our policies clearly state reviews must be based on real experiences, and when we find policy violations, we take swift action ranging from content removal to account suspension and even litigation,” she said.

But some restaurateurs said it’s been a challenge to reach someone at Google to help them. As of Monday, some restaurants were still receiving the negative reviews. Some said that they’ve continued to flag them, but that Google had not yet acted.

“You’re just kind of defenseless,” said Julianna Yang, the general manager of Sons & Daughters in San Francisco, who has taken on much of her restaurant’s response to the messages. “It seems like we’re just sitting ducks, and it’s out of luck that these reviews might stop.”

For EL Ideas in Chicago, Google ruled Monday that one of the recent one-star ratings the restaurant reported as fake did not violate the platform’s policies and would not be removed, said William Talbott, a manager at the restaurant.

“This is another nightmare for us to handle,” he said. “I’m losing my mind. I don’t know how to get us out of this.”

Law enforcement officials have urged restaurant owners to contact Google if they’ve been targeted, and to report these crimes to their local police departments, as well as the F.B.I. and the Federal Trade Commission. The commission advises businesses not to pay the scammers.

This type of extortion is considered a cybercrime, said Alan B. Watkins, a cybersecurity consultant and the author of “Creating a Small Business Cybersecurity Program.” He said it can’t be prevented, and that the only thing businesses can do is minimize damage by reporting it to the authorities and informing customers about the bogus reviews. The use of Google Play gift cards is likely an intentional choice, he added, because such transactions are difficult to trace.

An onslaught of bad reviews can be disastrous for businesses still recovering financially from the coronavirus pandemic. A lower average rating on Google, restaurateurs said, could make the difference for a customer deciding where to dine.

“These are part of the decision-making process, where people decide where to go for the first time,” said Jason Littrell, the marketing director at Overthrow Hospitality in New York City, which has several plant-based restaurants, including Avant Garden in the East Village. “People are willing to go further and pay more for the higher star rating.”

Mr. Littrell said that the scammers are “weaponizing the ratings,” and that he feels that restaurant staff can’t do much to stop it. The phony reviews have proved that “our reputation doesn’t really belong to us anymore, which is really scary.”

At Roux in Chicago, the staff has been responding to each review it believes is fake with a note that includes the text from the email threat. This has prompted the scammers to send a more strongly worded follow-up email: “We can keep doing this indefinitely. Is $75 worth more to you than a loss to the business?”

“These are business terrorists,” said Steve Soble, an owner of Roux, “and I hope it ends before it starts to damage our business.”