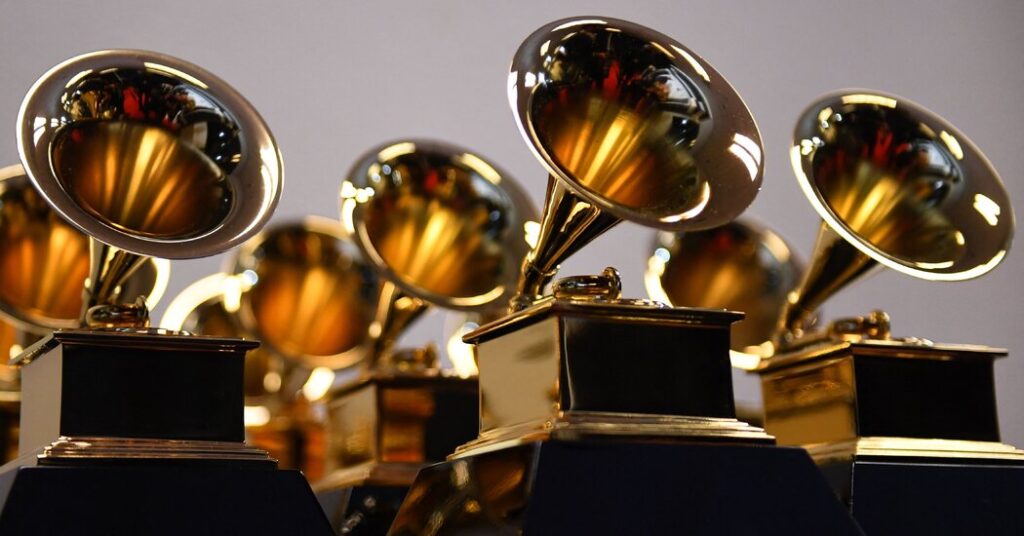 The Grammys Have a New Award: Songwriter of the Year


Coming to the Grammy Awards next year: a new prize for songwriter of the year.

That award, given in recognition of “the written excellence, profession and art of songwriting,” is one of a handful of tweaks to the Grammy rules for the 65th annual ceremony.

Four other new categories are coming, including best alternative music performance, Americana music performance, spoken word poetry album and score soundtrack for video games and other interactive media, the Recording Academy, the organization behind the Grammys, announced Thursday. There will also be a new merit award for best song for social change, as chosen by a special committee.

The biggest change is the songwriter award. Since the first Grammy ceremony in 1959, song of the year has been one of the most prestigious prizes, going to the composers of a single song. The first winners were Franco Migliacci and Domenico Modugno, for “Nel Blu, Dipinto di Blu” (better known as “Volare”), and the most recent prize went to Bruno Mars, Anderson .Paak and two collaborators for “Leave the Door Open.”

In recent years songwriters have been lobbying the Recording Academy for greater recognition, which has come gradually. At the 60th annual Grammys in 2018, songwriters were added to the ballot for album of the year, though only if they contributed to at least 33 percent of an LP; for the 2022 show, that limit was eliminated, allowing any credited songwriter of new material to be nominated. (Samples don’t count, nor do the writers of old songs — hence Cole Porter’s omission this year for Lady Gaga and Tony Bennett’s album “Love for Sale.”) In 2021, the academy created a Songwriters and Composers Wing for its members.

The new category, officially called songwriter of the year (non-classical) — though no classical counterpart exists — will go to a single songwriter or a team of writers for a given body of work. A similar approach has long been taken for producer of the year.

“The intent with this new category is to recognize the professional songwriters who write songs for other artists to make a living,” said Harvey Mason Jr., the chief executive of the Recording Academy. “This dedicated award highlights the importance of songwriting’s significant contribution to the musical process, and as a non-performing songwriter myself, I’m thrilled to see this award come to life.”

Among the other changes this year is the establishment of “craft committees” in three classical categories. Teams of specialists will have the final say in who makes the ballot for producer of the year (classical), best engineered album (classical) and best contemporary classical composition. The change follows some grumbling in the classical world about last year’s nomination of Jon Batiste — the jazz bandleader and TV personality who won album of the year — for the contemporary composition prize. (The award went to Caroline Shaw.)

The change is notable since last year the academy eliminated its controversial nominating committees, which acted as an invisible hand in dozens of categories, though craft committees were kept for categories like engineering and packaging that require special expertise.

The new categories arrive after a series of reductions more than a decade ago. In 2011, for example, the academy dropped 31 categories, consolidating many separate male and female awards and cutting some in fields like classical and Latin. Two years earlier, the polka category — where annual submissions had dwindled to as few as 20 titles — was cut after a 24-year run.

The latest Grammy ceremony, in April, had 86 categories. At the first one, there were 28.