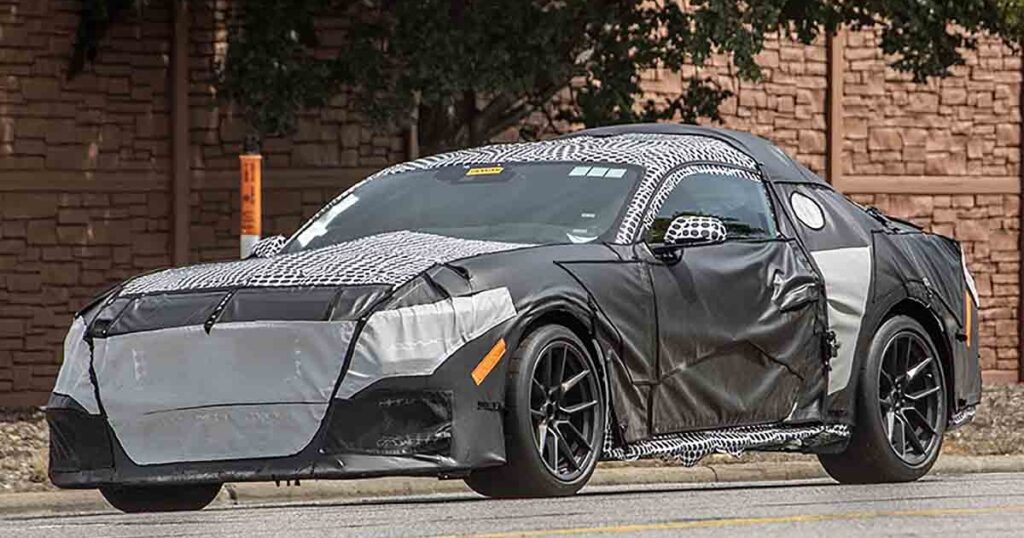 The next Ford Mustang will be revealed at Detroit auto show


Ford Motor Co. will reveal a redesigned, seventh-generation Mustang pony car at the North American International Detroit Auto Show in September, according to a person with knowledge of the plans.

The vehicle, code-named S650, is expected to begin production in the first half of next year. It is expected to feature carryover V-8 and four-cylinder EcoBoost engines, according to two people familiar with the plans.

“We’ve previously said the all-new, seventh-generation Mustang is on the way and we can’t wait to share more details soon,” he said in a statement.

The current-generation Mustang, which began production in 2015, has been a segment leader even as interest in such vehicles has waned. Mustang U.S. sales fell 14 percent year over year in 2021 to 52,414 vehicles. Sales have fallen 18 percent through the first six months of this year.

Still, Ford considers the product one of its hit “icons” and has added a number of variants throughout the current vehicle’s lifecycle, including the Shelby GT500 and Mach 1. Ford committed in June to build the seventh-generation Mustang in Flat Rock, Mich. — where the current one is built — as part of a broader manufacturing investment in three Midwest states.

The Detroit auto show will run Sept. 14-25. It’s the first show in Detroit since January 2019. Organizers had planned to move it to the summer, but the 2020 and 2021 events were canceled due to the coronavirus pandemic.

Rod Alberts, executive director of the Detroit Auto Dealers Association, which produces the show, recently said it has secured participation from 35 brands, with five major activations inside the showroom.

The event will feature indoor displays at Detroit’s Huntington Place convention center as well as outdoor exhibits throughout downtown.

PrevPreviousShopify Is Laying Off 10 Percent of Staff
NextInstagram, Facing Criticism From Kylie Jenner and Others, Tries Explaining ItselfNext