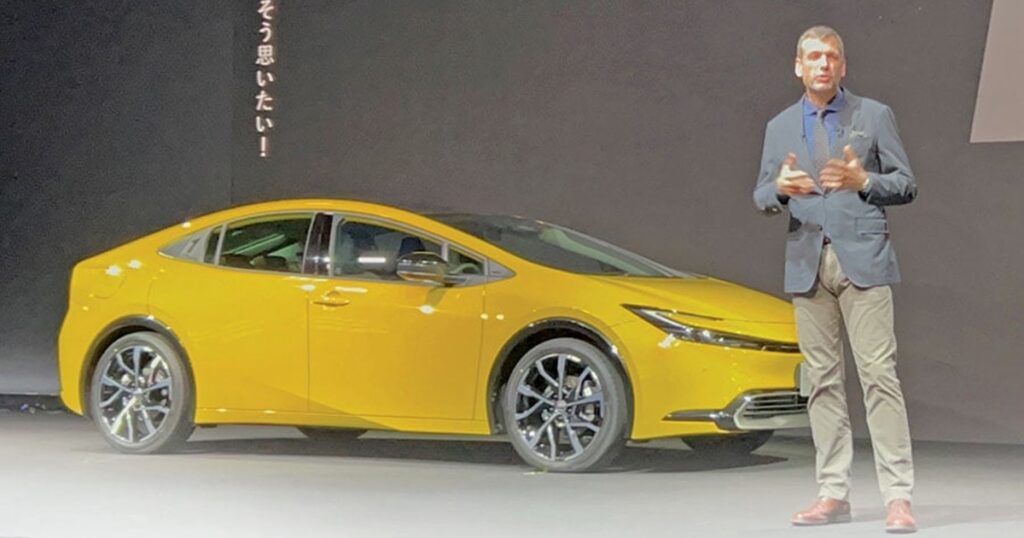 
A recent breakthrough came through an innovation called the bipolar nickel metal hydride battery. Toyota’s new design delivers not only a more powerful battery, but a much more compact one — essentially doubling its power density while using the same basic chemistry.

Toyota has deployed it in the Japan-market Prius C hybrid and will also use it in the Crown.

Toyota sees solid-state batteries coming to market in the latter half of the decade. While initial applications will likely be in EVs, they may also migrate to hybrids.

Engineers see further gains through low-resistance semiconductors in hybrid inverters. They not only work faster but use less electricity. Silicon-carbide chips are the current cutting edge.

Toyota is pursuing next-generation gallium-nitride semiconductors as well, Uchiyamada said. The silvery material is said to be 1,000 times more conductive than silicon and also cheaper.

Meanwhile, the engine itself will keep evolving.

The outgoing Prius has an ultra-efficient, lean-burning 1.8-litre engine with a heat efficiency ratio of 43 per cent. Toyota thinks it can achieve efficiencies as high as 50 per cent.

That’s not too far down the road, Uchiyamada said.

As gasoline and diesel gradually fade from the scene, Toyota forecasts that synthetic and biofuels will fill the void in some global markets, especially on the fringes.

The shift to carbon-neutral fuels will not only be necessary, it will further prop up demand for hybrids — possibly until carbon neutrality is achieved, or hopefully achieved, in 2050.

“The possibility of that is very high,” Maeda said. “Different regions have different needs.”