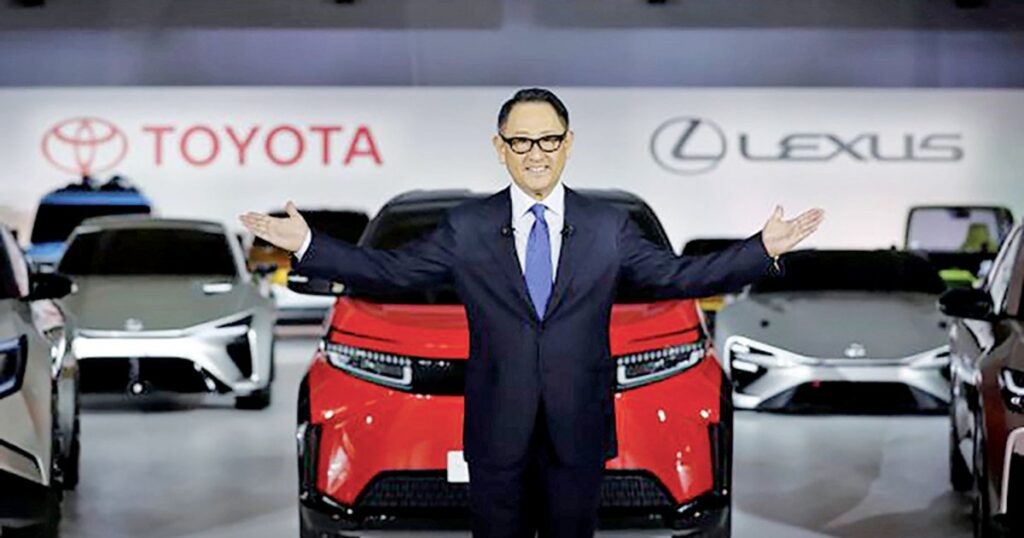 Toyota commits to EVs but hedges its bets with hybrids


For an automaker that pioneered and popularized modern hybrid vehicles more than two decades ago, Toyota Motor Corp. has been cautious about commitments to exclusively embrace battery-electric propulsion and give up on gasoline.

The Toyota brand has introduced the first electric vehicle in its lineup since the departed RAV4 EV — the bZ4X compact crossover — and Lexus will soon offer a similar-sized RZ crossover in the U.S.

In December, company head Akio Toyoda showcased 16 current and future EV models for the Toyota and Lexus brands, including a reinterpretation of the FJ Cruiser and battery-electric pickups. He has committed $70 billion to produce 30 EVs for global markets by 2030, with a goal of 3.5 million annual sales — roughly a third of the global volume it recorded last year. In addition, Lexus will become an all-EV brand by 2035.

But Toyota insists that it won’t rush into the EV market until its customers are ready to make the switch. Until then, it will continue to expand its hybrid technologies, including adding more Prime plug-in hybrids to join the Prius Prime and RAV4 Prime. Its overriding commitment remains to give consumers at least a hybrid option for every vehicle it sells.

Toyota also continues to make progress with its fuel cell technology and producing hydrogen-powered fuel cells for heavy trucks at its Georgetown assembly plant in Kentucky, while also redesigning the hydrogen-powered Toyota Mirai to sell in certain zero-emission vehicle states.