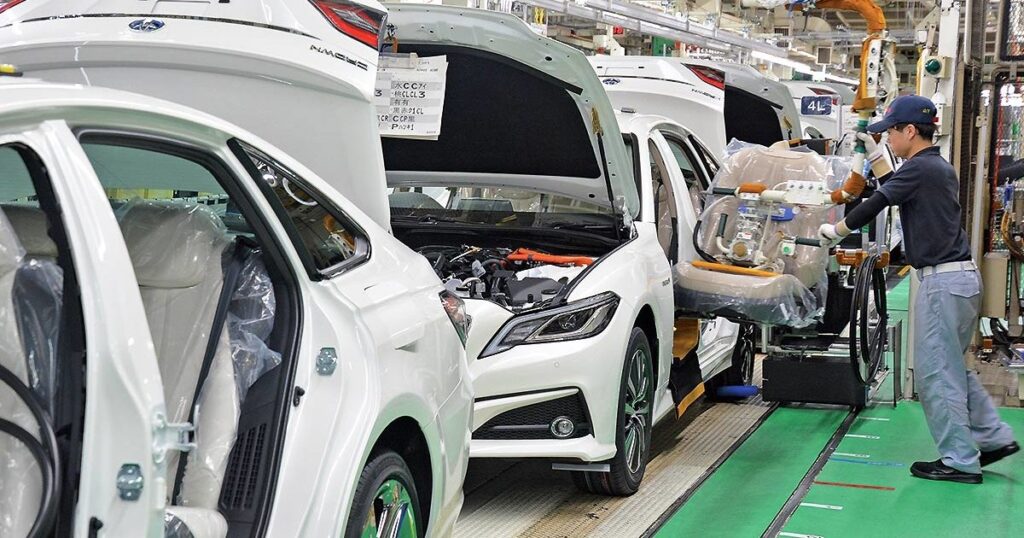 “In the U.S., service consumption is still growing, and the employment situation is still strong,” Toyota said. “Given that, we don’t see an economic recession or economic slowdown in the U.S.”

“Despite concerns over an economic slowdown, there has been no change in sales momentum at our retailers,” CFO Katsuyuki Mizuma said after announcing that Subaru’s operating profit grew 25 percent in the April-June quarter. “If we can produce more cars, that will lead to more sales.”

The upbeat assessments come after the U.S. economy shrank for a second-straight quarter and as U.S. companies initiate belt-tightening measures such as preemptive job cuts.

Toyota’s sliding profits in the April-June period underscore the challenge that the world’s largest automaker has in sustaining its stellar performance and fat margins going ahead.

Despite the quarterly retreat, Toyota lifted its full-year guidance — slightly — for net income and revenue. But the adjustment comes mainly from a windfall gain on the weakening Japanese yen.

Even with the improved outlook, the latest profit targets represent a decline from the previous fiscal year. Toyota kept its unit sales and production outlooks unchanged, citing the uncertain outlook amid the COVID-19 pandemic and global semiconductor shortage.

In the latest three months, global sales at Toyota slipped 6.3 percent to 2.01 million vehicles. That figure covers deliveries for the Lexus and Toyota brands as well as Daihatsu and Hino.

The first-quarter stumble starts a challenging financial period after a fiscal year in which Toyota smashed earnings records across the board. In the year ended March 31, Toyota racked up all-time highs for revenue, operating profit and net income.

But in the latest quarter, continued production interruptions crimped the supply of new cars and dented sales. Meanwhile, costs spiraled higher as Toyota helped suppliers shoulder the burden of soaring prices of raw materials such as steel and aluminum.

The yen’s weakening against the U.S. dollar boosts the value of U.S. earnings repatriated to Japan. The Japanese currency has lost 18 percent of its value against the dollar since last year.

There is too much market uncertainty to warrant a bigger revision right now, it said.

At the same time, Toyota expects global retail sales to expand 3.1 percent to 10.7 million. If achieved, it would represent a record for the Japanese carmaker.

Naoto Okamura contributed to this report.