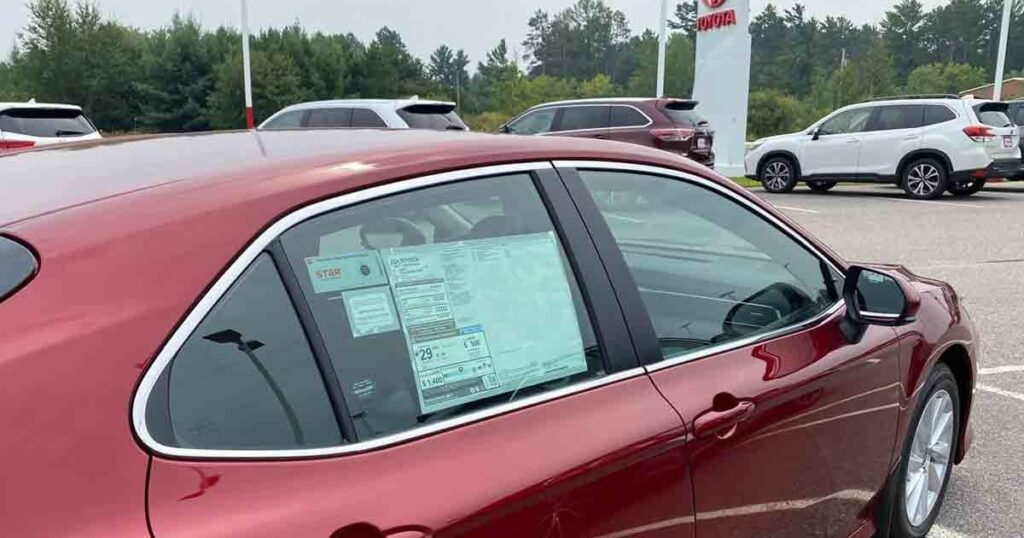 Executives warned of the looming adjustments, saying they are needed to offset surging input costs that drove the Japanese juggernaut’s North American business to a regional operating loss in the latest quarter. The big question is how much of a hike customers would be willing to bear.

“We are really racking our brains trying to come up with the appropriate pricing level,” Chief Communications Officer Jun Nagata said at Toyota’s quarterly earnings announcement Nov. 1. “We have begun to reflect those higher prices into the vehicle as much as possible.”

Price increases are being eyed in Europe as well, which also fell to a regional quarterly loss. Toyota struggled to absorb a worldwide cost surge exceeding $2 billion from July through September.

The company has already been raising prices in line with rising material costs and inflation, but executives say more aggressive action or more frequent increases are probably needed.

“Every year, we have been changing prices once or twice, and by increasing the frequency of pricing changes, we would like to reflect those higher costs,” said Masahiro Yamamoto, chief officer of the accounting group. Local affiliates are assessing how to tweak stickers, he added.

Executives say the bandwidth for increase is limited by customer expectations for certain models and segments, especially long-selling nameplates such as the Camry and Corolla. In the U.S., for example, customers expect the Corolla to run between $25,000 and $30,000, Nagata said.

“We would like to keep that general image of the vehicle and the price relationship,” he added.

Toyota is reviewing its pricing after reporting a drop in operating profit and net income in the fiscal second quarter that ended Sept. 30, as production shutdowns and soaring raw material costs dented performance. The company also has downgraded its fiscal year production forecast.

Executives say the worst of the microchip crisis is over but that plenty of uncertainty remains.

“We have already overcome the worst,” said Kazunari Kumakura, chief officer of the purchasing group.

“Out of the up to 1,000 semiconductors used in a vehicle, there are at least some that will remain in short supply,” said Kumakura. “We are talking with suppliers one by one to identify risks.”

Nevertheless, Toyota’s downwardly revised production target represents an all-time high and a big jump from its record of 9.08 million vehicles in the fiscal year ending March 31, 2017.

Operating profit fell 25 percent to 562.7 billion yen ($3.89 billion) in the July to September quarter. Toyota’s operating profit margin shrank to 6.1 percent, from a robust 9.9 percent the year prior.

Global sales climbed 10 percent to 2.15 million vehicles in that three-month period. The consolidated figure covers deliveries for the Lexus and Toyota brands, as well as Daihatsu and Hino.

Skyrocketing raw material prices – aggravated by the Japanese yen’s decline against the U.S. dollar – took a 375.0 billion yen ($2.59 billion) bite out of quarterly operating profit. That more than wiped out the windfall gain Toyota reaped from beneficial foreign exchange rates.

“How to restore strength is something we are discussing right now,” Yamamoto said.

Looking ahead to the current fiscal year ending March 31, 2023, Toyota has trimmed its sales outlook. It now expects consolidated sales to finish at 8.8 million, instead of the previously forecast 8.85 million. It also has cut its retail sales outlook by 300,000 units to 10.4 million.

The retail goal represents just a bump over the previous year’s 10.381 million and is just shy of Toyota’s all-time high of 10.6 million vehicles sold in the fiscal year that ended March 2019.

Despite a deteriorating cost structure and unit sales outlook, Toyota has managed to keep its profit outlooks unchanged, thanks largely to the tumbling Japanese yen.

The yen’s weakening against the U.S. dollar boosts the value of earnings repatriated to Japan. The Japanese currency has lost 28 percent of its value against the dollar since Jan. 1.