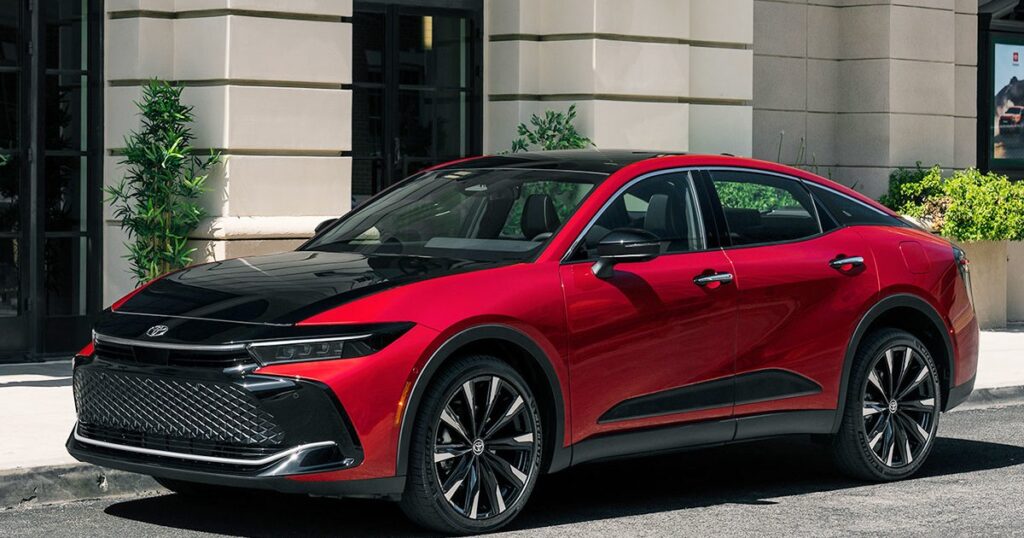 
4Runner: A redesign onto the automaker’s global body-on-frame platform will occur in 2024, when the 4Runner becomes the last of the “Four Brothers” to make the jump. As with the Tacoma, expect a hybrid powertrain tuned to max out power and torque for the midsize off-roader.

Grand Highlander: Borrowing a page from the playbooks of other automakers, Toyota will introduce a larger, longer unibody three-row crossover in 2023 to be called the Grand Highlander. It will be built alongside the Highlander in Princeton, Ind., and will feature a more spacious third row as well as advanced driver-assistance technology and more luxurious appointments to move it upscale from the popular Highlander.

Highlander: Toyota’s three-row large crossover will receive a new 2.4-liter turbocharged engine and other powertrain upgrades in a reengineering in the second half of 2022.

Venza: The hybrid-only midsize crossover debuted in 2020 as an Americanized version of the Japan-built Harrier and is due to be freshened in 2024.

RAV4: Toyota’s bestselling nameplate will get a freshening in the first half of 2023, with styling updates and some new safety and infotainment upgrades for the compact crossover.

C-HR: The timing of its demise remains unknown, but the C-HR subcompact crossover is expected to fade away now that dealers have the Corolla Cross.

Corolla Cross: Toyota introduces the fifth generation of its innovative hybrid technology in the 2023 Toyota Corolla Cross, giving the all-wheel-drive subcompact crossover an extra 25 hp while delivering a 23 percent boost in combined fuel economy over the model that went on sale this year. The Corolla Cross will be due for a freshening in 2026.

Sienna: The redesigned minivan arrived in late 2020 and will be due for a midcycle freshening in 2025.

Crown: Imported from Japan, where it will soon begin its 15th generation, the Crown is a fastback-styled sedan with a raised ride height and electronic awd system that seeks to find a middle ground between traditional sedan styling and crossover popularity. It will go on sale in the U.S. at the end of the year. Other Crown variants may be brought here later if the sedan is successful.

Camry: Toyota gave the midsize sedan a mild freshening in 2020 and is expected to extend the current generation’s life with a freshening in 2024.
Corolla: Toyota is freshening the Corolla lineup this year, adding a more powerful 2.0-liter hybridized engine and an awd option to give the compact added power and enhanced fuel economy.

Prius/Prius Prime: Toyota will re-up the Prius hybrid and Prius Prime plug-in hybrid in 2023 with a redesign that is expected to greatly alter styling. Look for a full slate of safety, driver-assistance and infotainment upgrades as well.

GR Supra: In a nod to driving enthusiasts, Toyota is adding an optional six-speed manual transmission to the 2023 GR Supra coupe this year. Otherwise, its next freshening isn’t expected until 2026.

GR 86: Toyota and partner Subaru introduced a redesigned 86 in 2021 and gave it a new name, GR 86, to highlight the role of Toyota’s Gazoo Racing in its development. It’s expected to be freshened in 2026.

GR Corolla: With a power-dense 300-hp 1.6-liter three-cylinder engine mated to a six-speed manual, Toyota’s new hot hatch, which will go on sale this year, features a triple exhaust and a powertrain that allows the driver a choice of front/rear power distribution biases — 60/40, 50/50 or 70/30 — to best suit driving conditions.