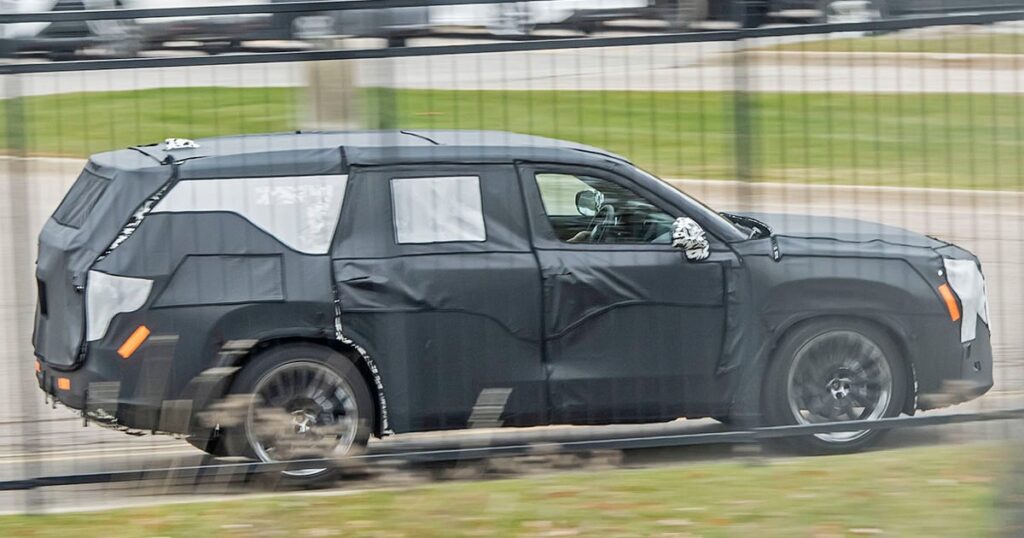 The upsized version of the Japanese brand’s popular large crossover — which will be built at Toyota’s plant in Princeton, Ind., and go on sale in 2023 — is designed to address a primary complaint about the standard Highlander: The third-row seating is too cramped.

The spy shots show a higher rear roofline and extended overall length compared with the Highlander. The Grand Highlander will be joined about six months later by a Lexus version, the Lexus TX.

Toyota divulged some details about the future models last year when it announced an $803 million plant investment at Princeton. The automaker said the two vehicles would feature “a semi-automated driving system — which will allow for hands-free driving in certain conditions — a remote parking system allowing the driver to park and unpark from outside the vehicle using a smartphone, and a digital key that turns a user’s smartphone into their key and allows them to share it digitally.”

The company also said both vehicles would feature seating for up to eight, indicating optional bench seating in the second row. It’s also clear that the vehicles will have hybridized powertrains, given Toyota’s electrification strategy, but it’s unclear whether there will be plug-in hybrid versions.

PrevPreviousTesla, Hyundai neck and neck when it comes to federal iZEV rebates through Q3
NextNio targets Europe and reaching profit faster than TeslaNext