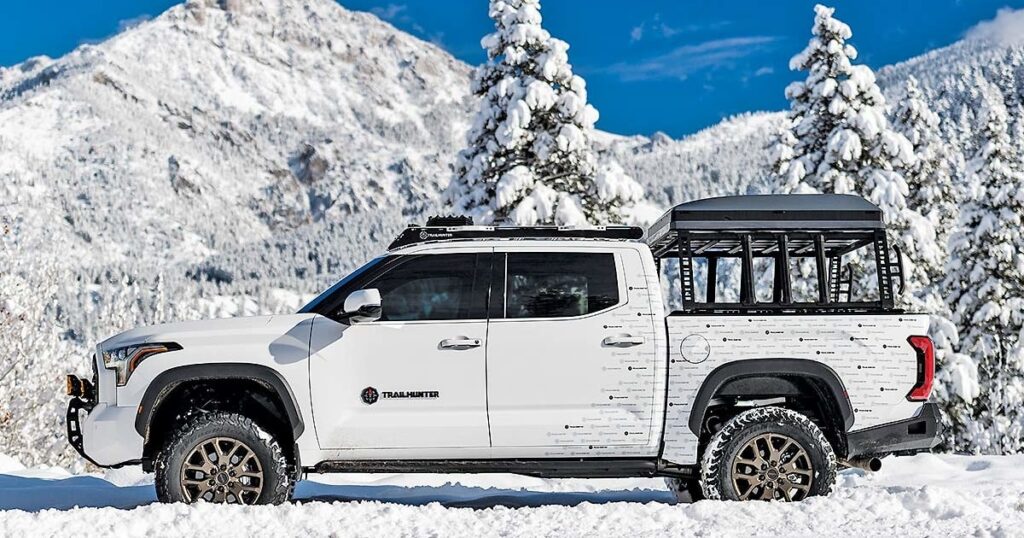 
Toyota is borrowing a successful play from rival brands and bringing more of its accessories business in-house, allowing dealers to sell and install them directly and customers to roll their purchases into their financing agreements, all without voiding the initial warranty.

The blitz comes at the midpoint of the redesign of Toyota’s “Four Brothers:” the Tundra and Sequoia, which are already on market, as well as the coming redesigns of the Tacoma, due next year, and 4Runner, due in 2024.

There are two parts to the push, at least initially. First, the brand has developed lift kits in-house, first for the Tacoma and then this year for the redesigned Tundra. The kits provide extra ground clearance without altering the vehicles’ suspension performance or compromising its driver assistance and safety technologies.

“We started with the Tacoma lift kit last year and then we released the Tundra lift kit this year, and we could not be more excited to do so and really offer what customers are already putting on their vehicle in a way that doesn’t void the warranty,” Kay Sanchez, Toyota accessories sales manager, told Automotive News.

Secondly, Toyota is rolling out a series of Associated Accessory Products from well-known aftermarket companies including Yakima and Rigid Industries and assigning those products part numbers within the Toyota and Lexus parts catalogs. Doing so will allow customers to order accessories with their vehicle purchase and, if they want, roll that cost into their finance contract. Dealer installation would not be included in the list price of the accessories, Toyota said.

“The AAP program will make customization a seamless experience for every owner, and every part will be validated by Toyota,” Lisa Materazzo, head of marketing for Toyota, said in a written statement announcing the initiative Tuesday, Nov. 1, at the Specialty Equipment Market Association show in Las Vegas.

Among the first items listed in the catalog are rooftop tents and various roof racks from Yakima, camp refrigerators and air compressor kits from ARB and high-performance fog lights from Rigid Industries. Also available are catalytic converter shields from Millercat that protect against theft of the highly targeted, expensive components.

Several other brands have brought accessories once dominated by aftermarket companies in-house in the last decade, especially those with specialized off-road offerings, including Jeep and Ford.