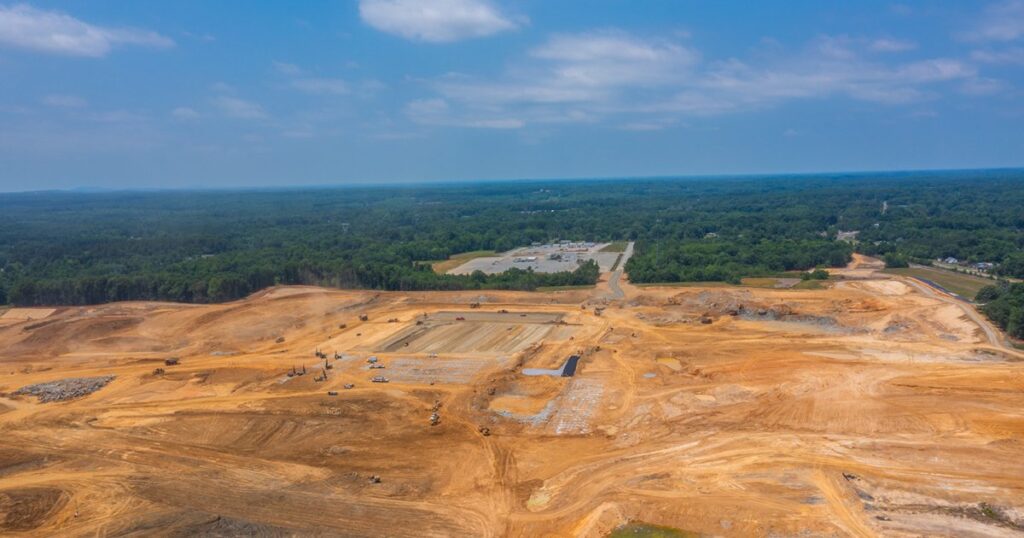 
Toyota Motor North America is amping up its plans for a battery plant in rural North Carolina, pumping another $2.5 billion into the project to allow it to build batteries for both the originally planned hybrid and now battery electric vehicles.

The added investment — which will also increase the size of the facility and boost planned employment to 2,100 from 1,750 — represents a roughly threefold increase from the initial $1.2 billion in the project, which is still expected to begin initial production in 2025.

In late 2021, Toyota Motor Corp. announced a global investment of about $70 billion to fund its future electrification efforts. The parent company on Wednesday announced a future battery production commitment of $5.6 billion, including the expansion in North Carolina.

Though Bafunno didn’t say so directly, he admitted that the added investment was at least in part a response to passage this month of the Inflation Reduction Act, which seeks to encourage automakers to invest in battery manufacturing and materials sourcing in the U.S.

Toyota “likes to build the product where it is sold, and so we’re starting to align our footprint for electrification within this region,” he said. “It’s going to take time, and we still have a lot of work ahead.”

At $3.8 billion, the North Carolina battery plant represents Toyota’s third-largest production facility inventment in the U.S., trailing only its huge assembly plants in Georgetown, Ky., ($8.5 billion in total investments since 1986) and Princeton, Ind. ($6.6 billion invested since 1998).

Construction crews have been doing site work on the 1,800-acre parcel near Liberty, N.C., from which Toyota’s battery plant will soon begin to grow. Even in its expanded form, Toyota Battery Manufacturing North Carolina will only occupy a small portion of the land. Initially, Toyota estimated that the plant would provide batteries for about 200,000 vehicles annually, but Baffuno said updated capacity estimates that would include EVs weren’t yet available.

The plant, which is being run in cooperation with subsidiary Toyota Tsusho, will manufacture cells and modules that will later be assembled into specific battery packs closer to the planned vehicles’ final assembly point, much like any other component. “We feel that we’re going to have some pretty good efficiency with shipping these modules because of their size and what they look like and the density pack and things like that that we can do,” Bafunno said.

Toyota has begun assembling the battery plant’s management team, including bringing in those with Toyota experience from elsewhere in the country. Bafunno said local hiring for maintenance and production would likely begin early next year.

Toyota’s multi-billion-dollar investment bolsters its strategy to sell 3.5 million EVs a year by 2030 across the Toyota and Lexus brands. Lexus will transform into an electric-only brand in Europe, the U.S. and China in 2030, when it plans to be prepared to sell 1 million EVs annually.

Following that, Lexus will offer nothing but full-electric vehicles worldwide by 2035.

North American production of batteries is especially critical to comply with the requirements set forth for EV incentives in the recently enacted Inflation Reduction Act. EVs qualifying for up to $7,500 in tax credits must source their battery materials from countries the U.S. has a free trade agreement with, and a certain percentage of the battery must be made in North America.

“Toyota intends to continue its efforts to build a supply system that can steadily meet the growing demand for BEVs in various regions, including the supply of automotive batteries from its partners,” Toyota said in the statement. “Toyota will continue to make every effort to flexibly meet the needs of its various customers in all countries and regions by offering multiple powertrains and providing as many options as possible.”

Toyota has been slow to jump into pure EVs as it continues to pursue gasoline-electric hybrids as an effective bridge technology toward a carbon neutral future.

Its first step into the EV race was hobbled by an embarrassing recall. The bZ4X all-electric crossover, launched only this spring, was recalled for fear that the wheels could fall off.

The company has offered to buy back the vehicles as part of customer recompense.