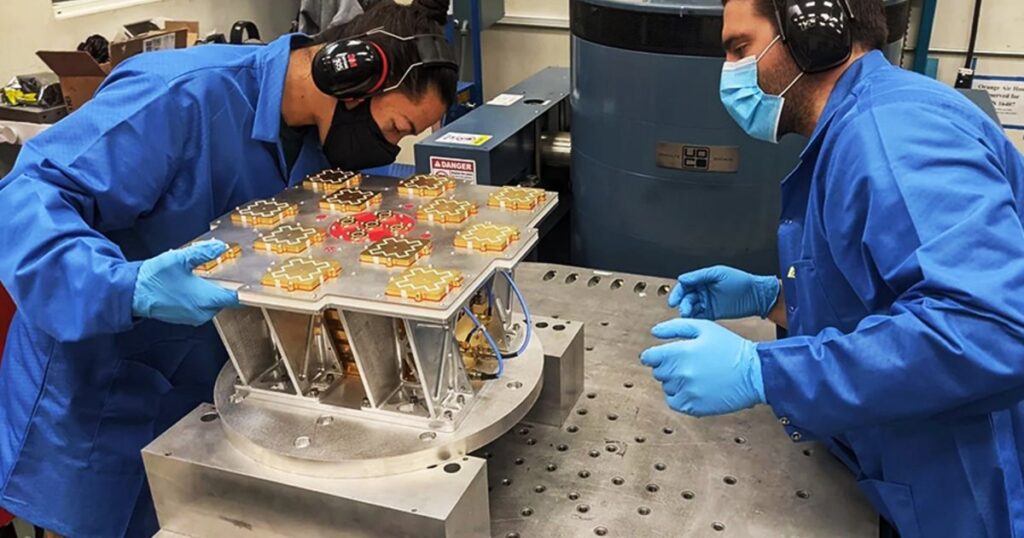 Lanctot, of Strategy Analytics, said automakers could use satellite-based communication for a range of applications, including diagnostics, emergency response, software updates and remote access and control.

“Cellular wireless is notorious for coverage challenges and is rarely optimized for automotive applications,” Lanctot said.

That is why automakers see satellite technology as an emerging opportunity, he said.

But their communication link is not perfect. Satellite signals require line-of-sight to reach a receiver, which in a moving car can be blocked by mountains, buildings and other obstructions.

Large reductions in the cost of launching satellites have bolstered automaker interest in space.

“It’s a huge paradigm shift,” Manning said. “There have been more satellites launched in the last five years than ever before.”

Much of the cost decline comes from the entry of private companies, notably Elon Musk’s SpaceX.

NASA’s space shuttle had a cost of about $54,500 per kilogram, or 2.2 pounds, to launch into low-Earth orbit, according to NASA research analyst Harry Jones. SpaceX’s Falcon 9 charges about $3,000 to launch the same weight into a low-Earth orbit.

Space is an area where Tesla Inc. might have an advantage over incumbent automakers via its SpaceX relationship. Musk heads both.

Last month, the Federal Communications Commission authorized SpaceX to use Starlink on moving vehicles such as cars, trucks, boats and planes.

But trucks or RVs look to be the first users since the 20-inch-wide satellite dish is too large for most cars.

PrevPreviousMeme Stocks Are Back. Here’s Why Wild Trading May Be Here to Stay.
NextSome Colleges Don’t Produce Big Earners. Are They Worth It?Next