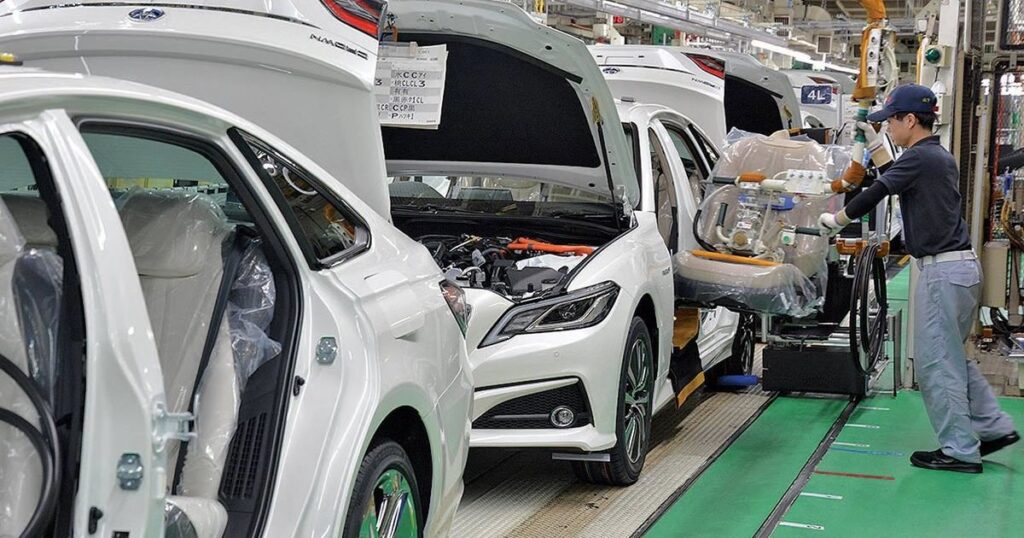 
Toyota Motor Corp. produced 5.3 per cent fewer vehicles in May than a year earlier as it slowed output due to supply chain disruptions afflicting automakers around the world.

Toyota said earlier this year it intended to pause production for the April-June quarter due to global supply-chain issues, with President Akio Toyoda warning that a push to boost output under such conditions could lead to “exhaustion.”

Toyota is still shielding itself relatively well from the tumult, including fallout from the Covid lockdown in Shanghai, and intends to significantly raise output in the coming months. The company last week said it aims to boost July-September production 40 per cent from a year earlier, churning out an average of 850,000 vehicles a month.

Toyota has “withstood automotive industry disruption better than most of its peers owing in part to its global diversification and the strength of its supplier relationships,” CreditSights Inc. Senior Analyst Todd Duvick wrote in a report earlier this month.

While all automakers are susceptible to deteriorating vehicle sales in the event of a recession, Toyota’s scale, range of products and geographic diversification should limit profit deterioration relative to its peers, Duvick wrote.

PrevPreviousUse That Everyday A.I. in Your Pocket
NextLiquefied Natural Gas Comes to Europe’s Rescue. But for How Long?Next