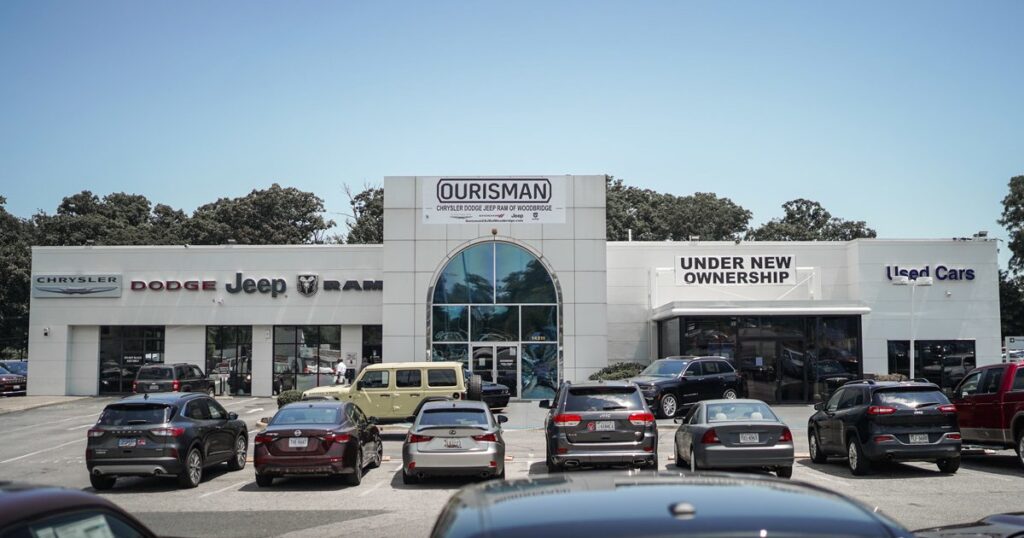 Graham Ourisman Automotive on July 5 bought Lustine Toyota and Lustine Chrysler-Dodge-Jeep-Ram, both in Woodbridge, from the Lustine family.

The stores were renamed Toyota of Woodbridge and Ourisman Chrysler-Dodge-Jeep-Ram of Woodbridge, said Ourisman, president of Ourisman Automotive Group. Woodbridge is south of Washington, D.C.

“We are really looking to find businesses that have cultural alignment in terms of leadership, in terms of how they’re positioned within their communities,” Ourisman said.

The acquisition is the partnership’s first since it bought a Ford dealership in Manassas, Va., in December. The partnership now has six stores.

Graham Ourisman Automotive was established when Graham and Chris Ourisman teamed up in early 2019 to buy a Lexus store in Rockville, Md., and a Honda store in Tysons Corner, Va., from Sonic Automotive Inc. Late that year, the partners added an open-point standalone Jeep dealership, Ourisman Jeep, in Bethesda, Md.

While the most recent acquisition also is in the Washington area, Ourisman said the partnership remains interested in entering new markets as long as the potential deal is a platform or group of stores as opposed to a single dealership.

“Our acquisition thesis is still the same,” he told Automotive News. “If there’s opportunities in metro D.C. that work for us, those are easy no-brainers, and we can really build on scale that we have. We’re also interested in other top metro markets around the country. It just needs to be of a certain scale to enter a market.”

Graham, which has other businesses, from TV stations and restaurants to education company Kaplan Inc. and a health care group, did not disclose the purchase price of the Woodbridge stores. But it said it holds a 90 percent ownership stake in the dealerships and the four others it owns with Ourisman.

Graham reported that revenue for its dealership business in the first quarter “increased significantly,” which largely was because of the addition of the Ford dealership. Graham also noted that sales grew at its other dealerships, which also had higher average new- and used-vehicle selling prices.

PrevPreviousWhat to See, Eat and Do in Toronto
NextElectric Car Sales Climb Sharply Despite ShortagesNext