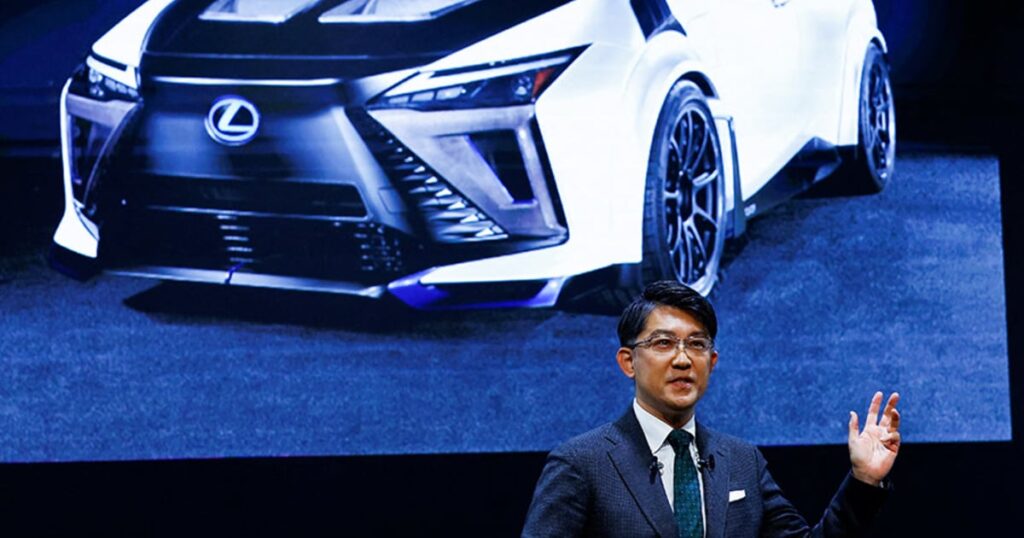 
TOKYO – Toyota Motor Corp. has tapped Koji Sato, the head of Lexus and the Gazoo Racing unit, to be the Japanese automaker’s next president and CEO, as Akio Toyoda, grandson of the company’s founder, steps up to be the company’s new chairman.

As part of the shuffle, current Chairman Takeshi Uchiyamada, known as the father of the Prius for his work in developing the popular hybrid vehicle, will step aside as chairman but retain a seat on the board.

The reorganization answers a long-standing question about succession for Toyoda, who took office in 2009 and presided over a tumultuous period of challenges and expansion, including the 2009 financial crisis, a global recall scandal and the 2011 Japan earthquake.

Under Toyoda’s watch, the company overcame these challenges to achieve record sales and earnings and solidify its title as the world’s largest automaker.

“I believe that over the past 13 years, I have built a solid foundation for passing the baton,” Toyoda said at an online briefing shortly after the announcement. The new management team, Toyoda said, “has a mission to transform Toyota into a mobility company.”

Toyoda, 66, has worked closely with Sato, 53, in the latter’s roles as head of the Lexus premium brand as leader of Gazoo Racing, a favorite of Toyoda.

Toyoda said Sato was tapped, partly because “he loves cars.”

Among Sato’s challenges is navigating an industry under siege by electrification, autonomous driving and connectivity.

Sato takes the helm at a time when Toyota is being criticized for falling behind in the global electric vehicle race. He is commited to breaking the old Toyota mold by developing fun-to-drive cars that are stylish and cool.