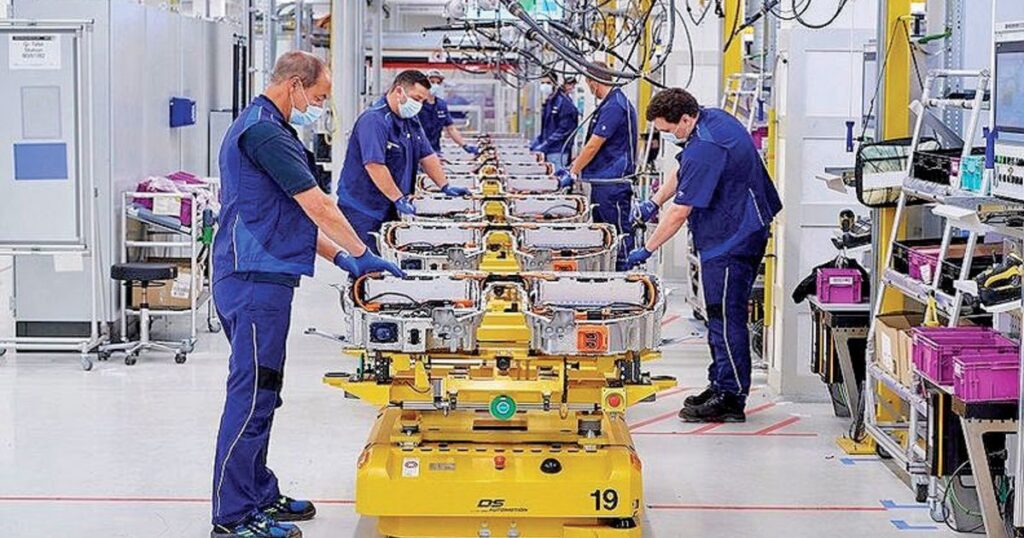 
One concern for many EV stakeholders is what they perceive as an “over-concentration” of supply chain resources in just a handful of countries — most notably China. China dominates the industry of battery minerals processing and cathode and anode manufacturing, said Abigail Wulf, vice president of critical minerals strategy at Securing America’s Future Energy.

“We don’t just want to be the assemblers of the future,” she said, referring to the U.S. industry. “We want to be making the battery guts — the cathodes and the anodes — and processing the minerals’ precursor material.”

It’s not just a race for the raw material resources, she added, but also “for all of the downstream industries and innovation that rely upon them.”

But with China’s new position as the largest auto market worldwide, and its lead in the deployment of EVs and in battery production, there will still be some reliance on the country, several industry experts said.

“With China, there will be a level of collaboration on supply chains,” Jon Huntsman Jr., Ford’s vice chair of policy, said last month during the U.S. Chamber of Commerce’s Global Forum. “They’re just too big and too complicated, too well established, to think otherwise.”

Wulf said support through grants and loans at the federal level will be crucial for U.S. success in fostering new supply chain industry. She cited provisions in the bipartisan infrastructure law that earmarked more than $7 billion for the battery supply chain, including producing and recycling battery-critical minerals.

But that funding won’t be enough to get U.S. industry to scale, she noted.

“To build one processing facility, it costs anywhere from hundreds of millions of dollars to $3 billion — and we’re going to need about five of those,” Wulf said.

Wulf’s group is pushing for policies that focus on using only materials that are sourced using the highest environmental and labor standards and calling for action plans with allies such as Canada.

The group also is advocating for public-private partnerships between automakers and the government, as well as a consortium cost-sharing initiative to build processing facilities in the U.S., and other efforts to make materials processing cheaper, faster and cleaner.

“This isn’t just about EVs,” Wulf said. “This is about everything — the greater energy transition from a fossil fuel-based economy to a minerals-based economy.

“And so eventually, yes, we’re going to have to stick some shovels in the ground here.”